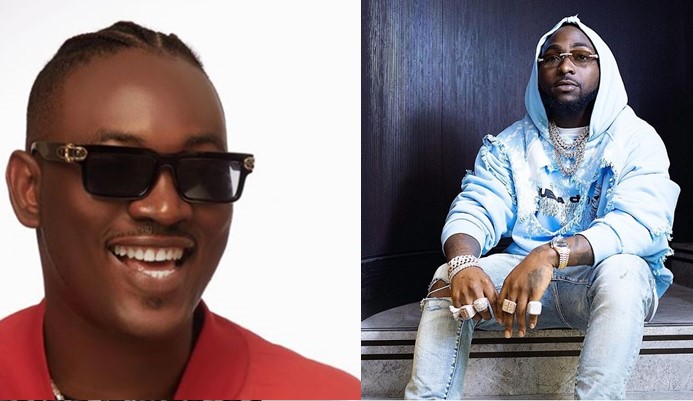 Nigerian singer and songwriter, Dammy Krane has revealed that he once paid for a video shoot for a song owned by Afrobeats star, Davido.

He made this known while responding to a fan who questioned him for calling out the DMW boss over unpaid debt. 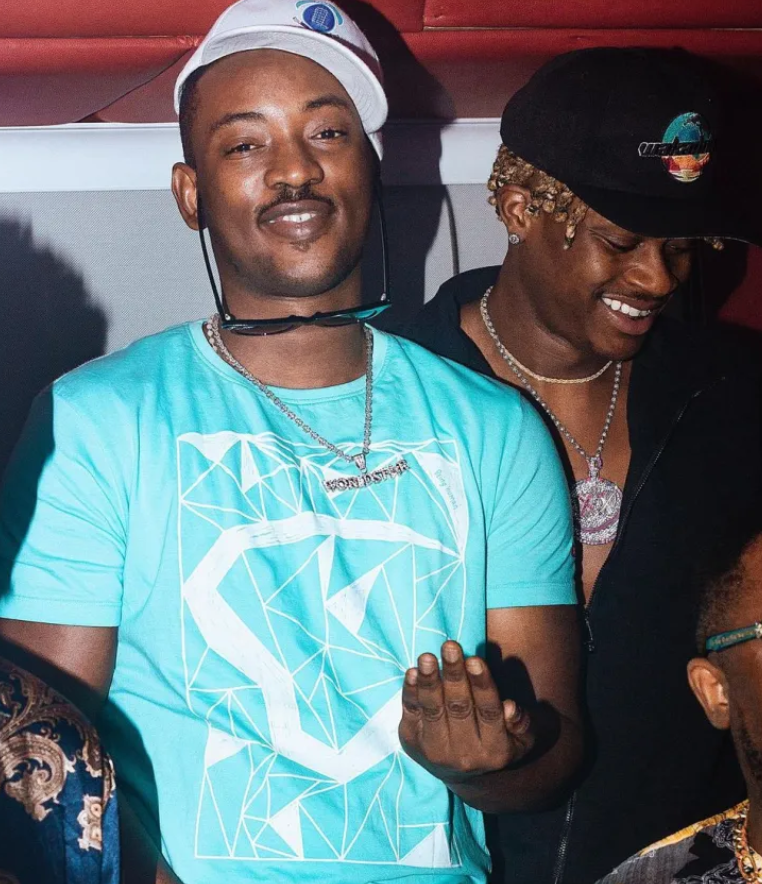 Earlier on, He accused the award-winning musician of allegedly refusing to pay him for co-writing his song, Pere.

The hit song was released in 2017 and Davido featured American rappers, Rae Sremmurd and Young Thug.

In reaction to the drama, a member of DMW, @olajuwonekun asked Krane if he paid Davido for his feature on the song, Issue.

”@dammy_krane Do you pay David on his verse on issue ”

The ‘Amin’ crooner took to Twitter and clarified that the song belongs to OBO, adding that he paid for the music video but Davido did not give him anything.

According to him, there is proof to backup his claim and it can be corroborated by music video director, UNLIMILEDLA.

Dammy wrote; ”Ask your Oga @davido that’s his song but I Paid for the video because he broke, 99 he dint give me a split sheet for that too … I have the receipt, @unlimitedla shot it he gotta #PayMe every + outstanding $” 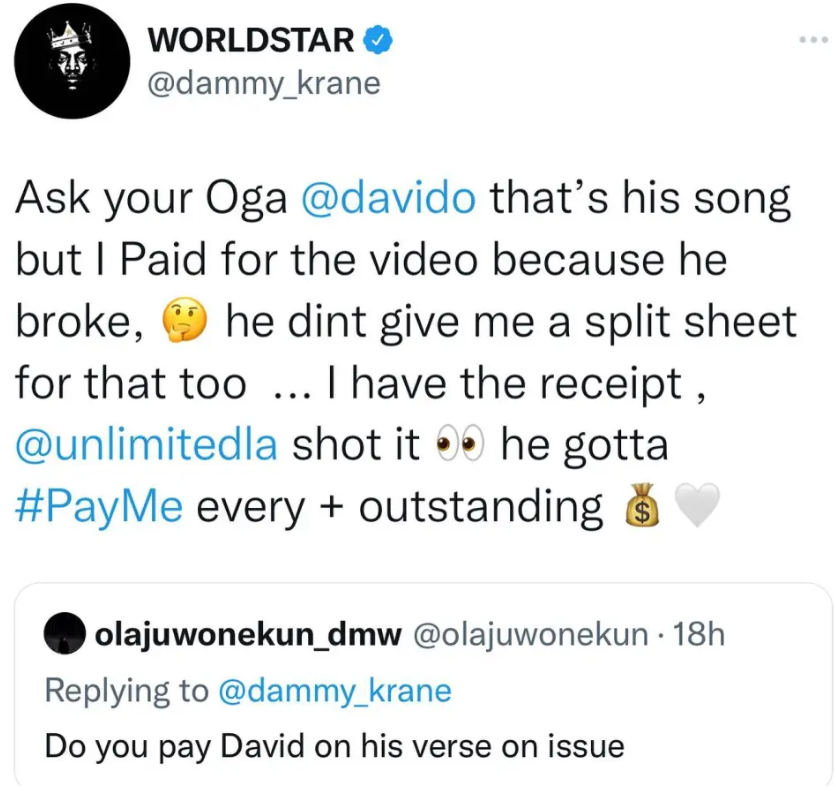