How I Spent #500,000 donated to me by LAUTECH Alumni – Graduate who returned his certificate gives account 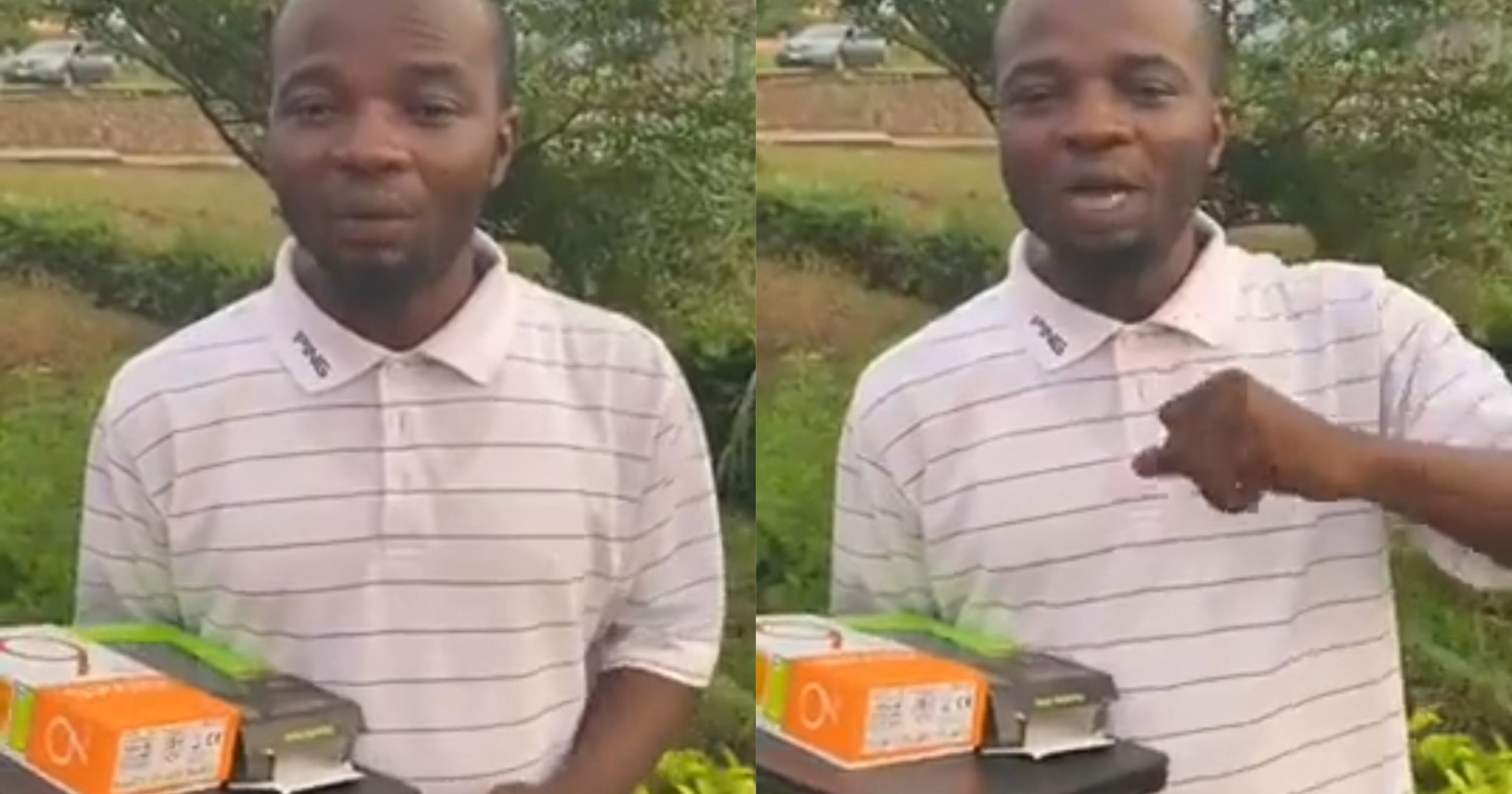 A young man, identified as Oludare Alaba, who recently went viral after he stormed the Ladoke Akintola University of Technology (LAUTECH) to return his certificate, has come to give account of the money he received.

He demanded a refund of his school fees and the alumni body of the institution intervened and gave him the sum of five hundred thousand naira.

In a video, he was seen with a laptop and two small cartons containing a smartphone (TECNO Spark 9) and something that seems to be a power bank.

He showed his appreciation to all the media houses that made his video go viral on the internet, and appealed to Netizens to patronize him for their events, stating that he’s an event compere, comedian, and actor.