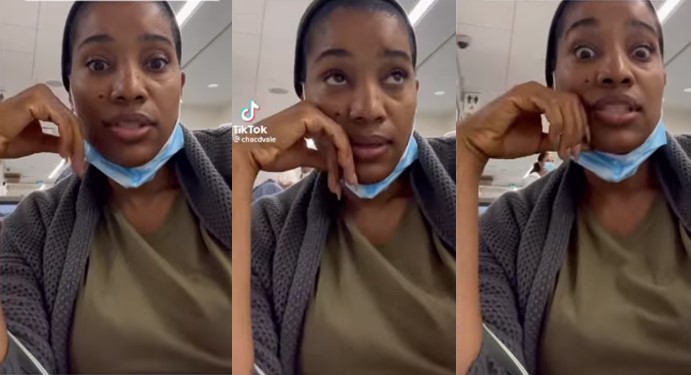 A woman revealed that she caught her friend’s husband in a hospital with a pregnant woman.

While still in the hospital, she narrated what happened in a video that went viral on social media.

When she saw both of them, the lady decided to approach him in order to spark some drama.

She called his wife’s name and inquired about her in front of the pregnant lady, but the man pretended not to know who she was referring

So she replied by saying that the person she mentioned is his wife, and again, the man denied being married.

The friend was so shocked by his response and the reason is that she had visited them on Sunday after church. 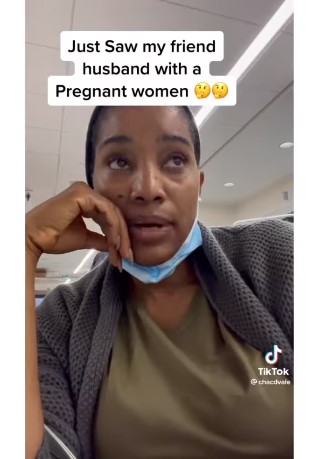 She said that she just concluded he is responsible for the other girl’s pregnancy, so she let them be and went back to her seat.

The lady added that she called the friend and informed her of what she found the husband doing and the wife said she was on her way immediately.

While waiting for the wife, the narrator said she is expecting some serious chaos to take place when her friend (the man’s wife) arrives at the hospital.

Netizens were divided on whether she was right or wrong to get involved in the matter which was a very sensitive one.

tajudeenoyolola; Cause problem in ppl house why can’t face ur own business, ur friend is happy marriage but u want to make her unhappy now

leejayjenni; Why are some men this wicked na???

joshuaberrick666; Na wow for you oooh, Mind your business and who even send you…..marriage breaker.

rahma219; Funny how women here are bashing her,all I see is a concerned friend and definitely women supporting women 🙌we need part 2

kellyzbeauty; Na this kind aproko I no sabi make so

oluwabukayomi3_; I can’t even tell anyone about their spouses,no be me you go latter put for middle😢

forever_doly; First of all it sounds like the guy didn’t even look nervous that’s means he dgaf about ur friend n second for Wat I’ve witnessed how stupid some women can be ur friend might even know about her n still wen through a marry because som woman can do everything for the title MARRIAGE.