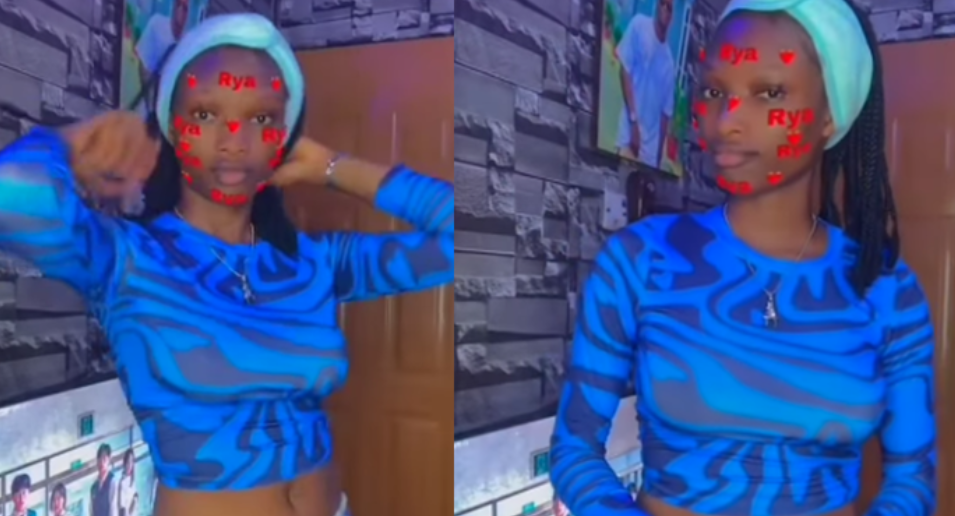 A Nigerian lady has taken to social media to declare unequivocally that her boyfriend will never cheat on her.

The first of five reasons she believes he will not cheat on her than another girl is that his family knows her.

The second thing she mentioned was that she cooks delicious food for him, and the third was her complimenting herself.

Lady confused on whether to marry boyfriend who pays her…

No woman can snatch him – Woman boldly reveals she locked…

The young girl further said that because she does not bill him she knows he won’t end the relationship. In conclusion, she said that all her boyfriend’s friends know her as his girlfriend.

In the video she posted, she listed the reasons as the on-screen caption while dancing to a song.

Meanwhile; BBNaija housemate, Phyna, the current HOH has slammed her boyfriend, Groovy, for ignoring her at their Saturday night party.

Phyna is seen slamming Groovy for not speaking to her for over an hour during the party in a video that went viral.