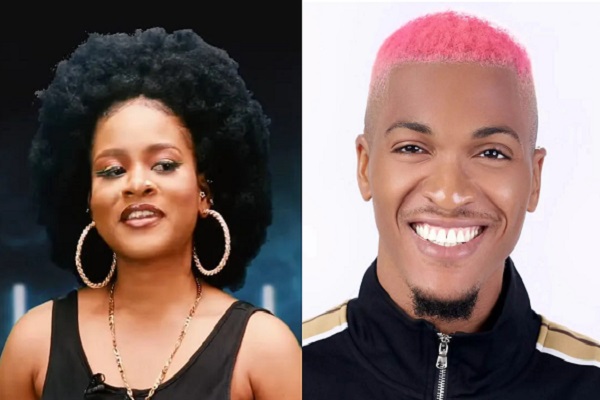 BBNaija housemate, Phyna, the current HOH has slammed her boyfriend, Groovy, for ignoring her at their Saturday night party.

Phyna is seen slamming Groovy for not speaking to her for over an hour during the party in a video that went viral.

Groovy’s defense is that he was in a bad mood throughout the party.

She didn’t seem to be buying his excuse, as she continued to lash out at him while Eloswag tried to restrain her.

Phyna claimed she approached Groovy several times without success. The latter insists that he was not in a good mood and attempted to leave the argument.

This comes days after skit-maker, Southpaw King took to social media to announce that he has bought himself a Lexus SUV.

He accused them of lying about making so much money from skit-making that they can afford to buy multi-million naira whips.