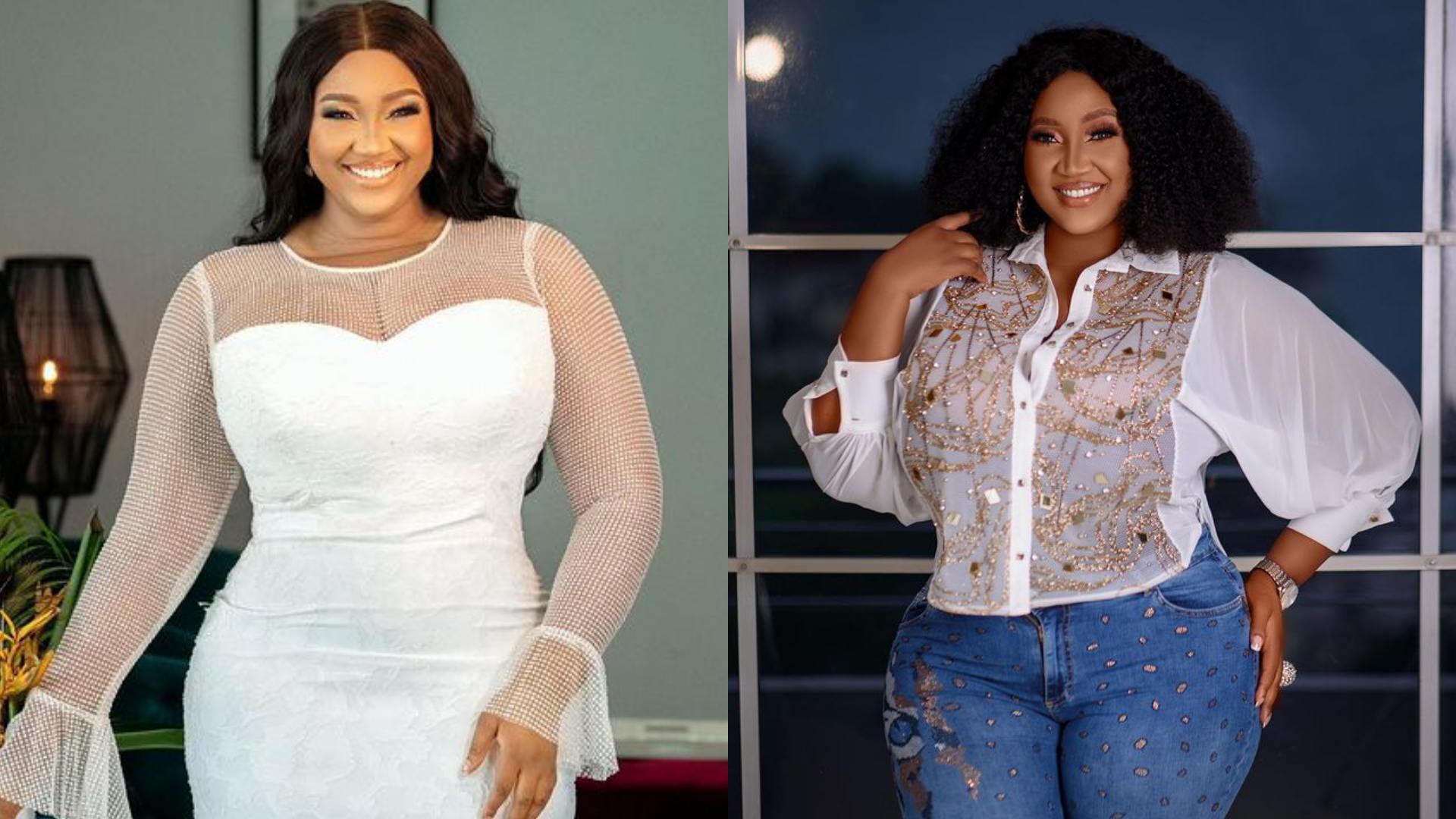 Popular Nollywood actress, Judy Austin has continued to hype herself amid backlashes from online critics. 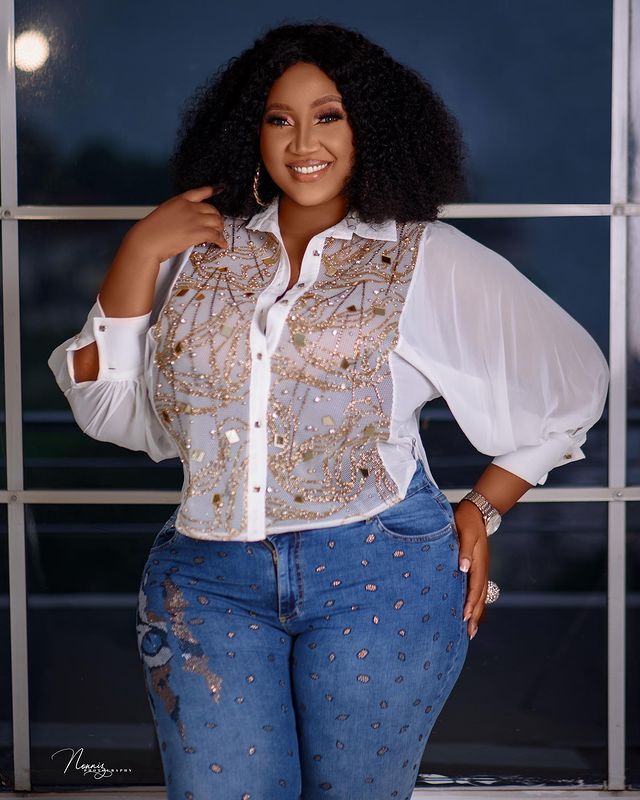 The actress who is the baby mama turned wife to Nollywood thespian, Yul Edochie, stated in an Instagram post that she’s too beautiful for this world.

This comes days after Yul Edochie went back to Enugu to be on the set of her newest film, The Widows Story. The epic film, whose producer is Judy Austin and whose director is Yul Edochie, is now being filmed on location with the two lovebirds.

Taking to her social media page, Judy posted a video of herself and captioned it: ” I’m one of one!!! Too beautiful for this world.

I know even my haters would agree to this.” 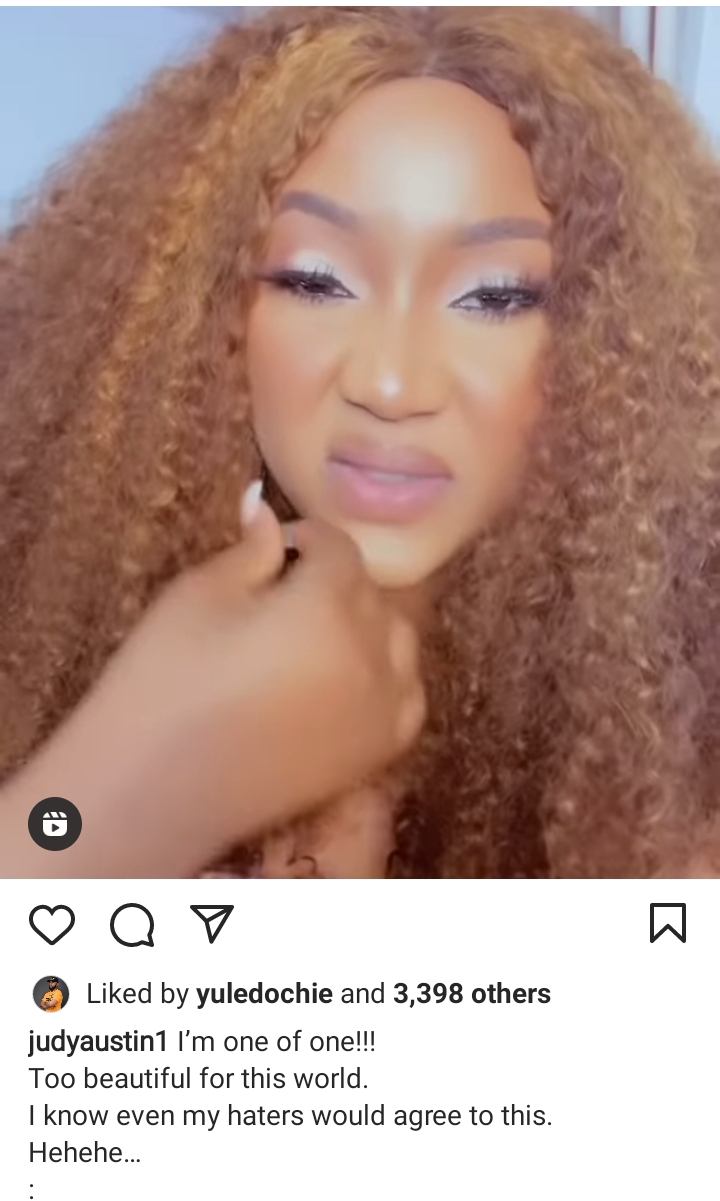