“Is it right to touch my wife before prayers?” – Man seeks advice over s*xual challenges with wife 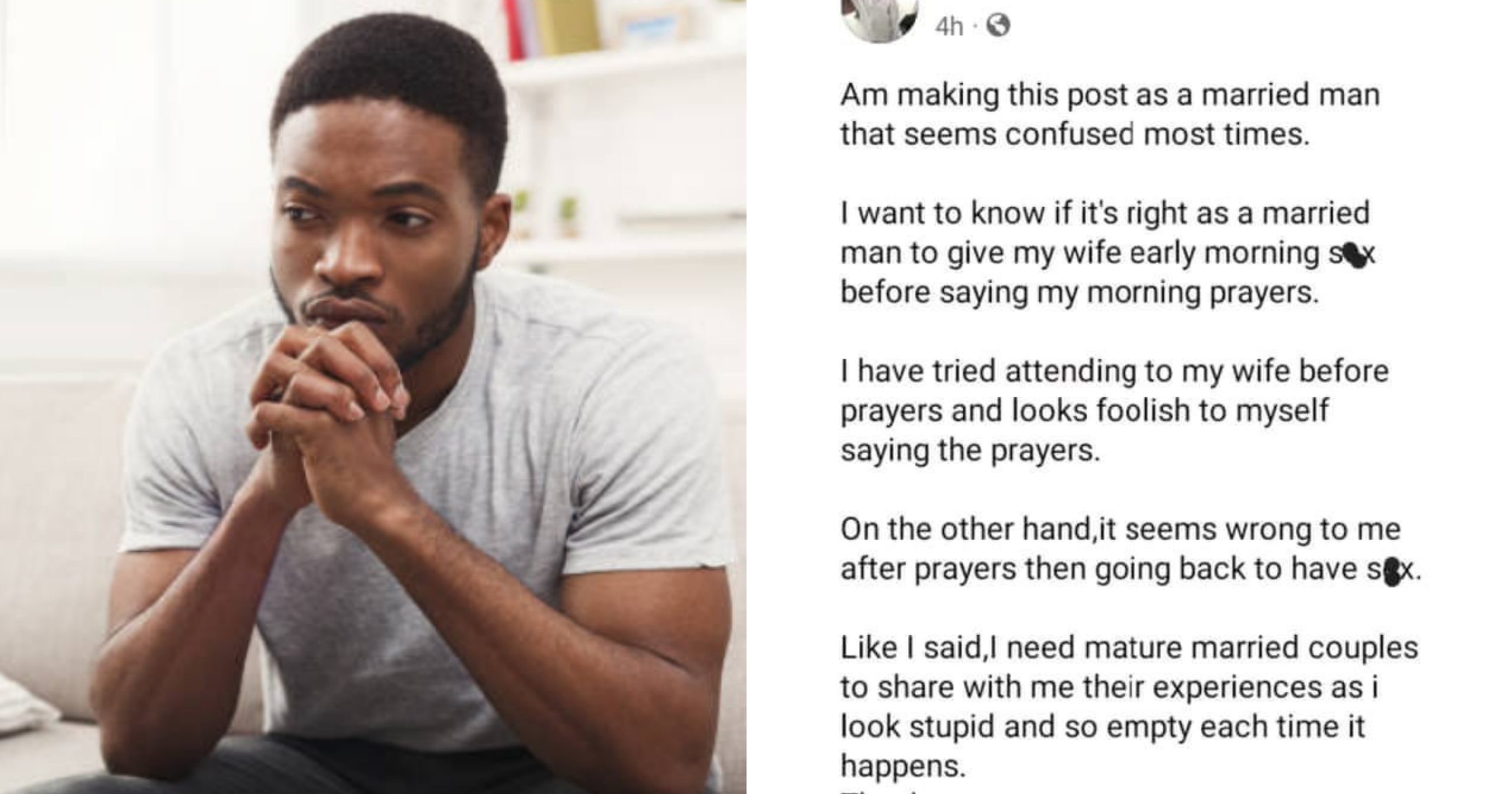 He complained about his confusion on whether or not to sleep with his wife before or after saying his prayers as he feels it’s sinful to do so.

“I’m making this post as a married man that seems confused most times. I want to know if its right as a married man to give my wife early morning s*x before saying my morning prayers. I have tried attending to my wife before prayers and looks foolish to myself saying the prayers.

“On the other hand, it seems wrong to me after prayers then going back to have s*x. Like i said, i need mature married couples to share with me their experiences as i look stupid and so empty each time it happens. Thanks.”

Netizens in the comments told him to stop creating problems where there is not and enjoy his marriage. 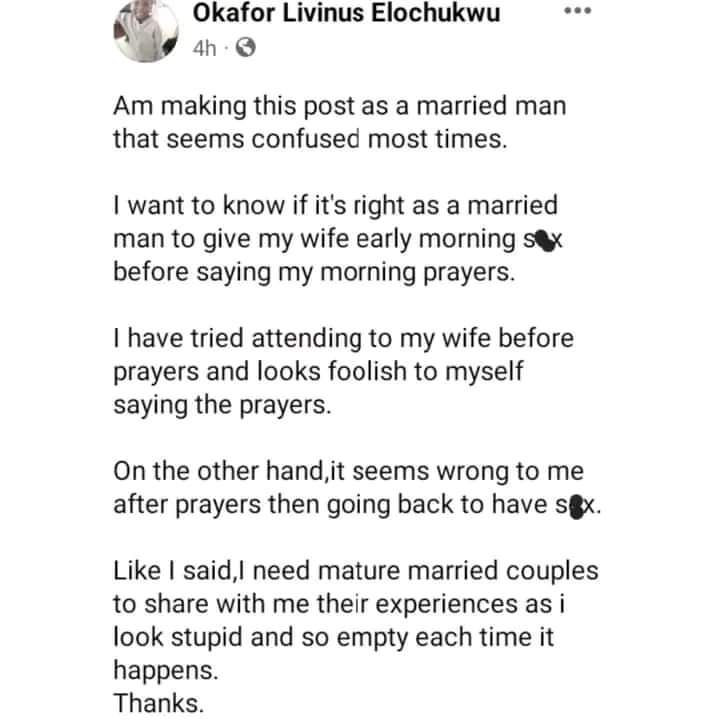