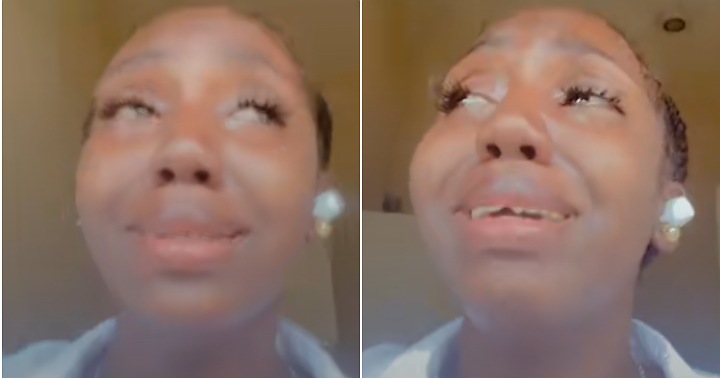 A lady has stirred massive reactions online after claiming that the holy spirit made her leave her lecture hall.

In a video making rounds on TikTok, the young woman was seen shaking and crying while claiming to be under the influence of the holy spirit. 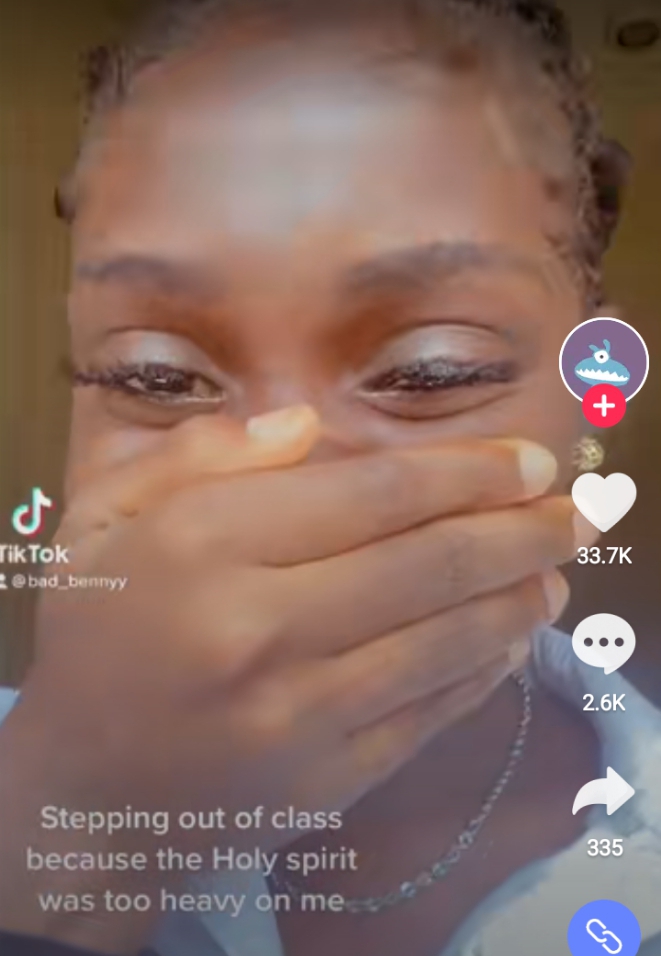 In her caption, she revealed that she had to leave the lecture hall after the spirit took over her.

Tunde Bakare collapse during a lecture – See what…

Reacting to the video however, many people criticized her as they claimed she was telling lies with the holy spirit. Some threatened her to stop or face consequences.

The young woman did not reply to any of the comments made on her video.  The video has gotten many views on popular app, TikTok.