Lady robbed by man who toasted her at a supermarket 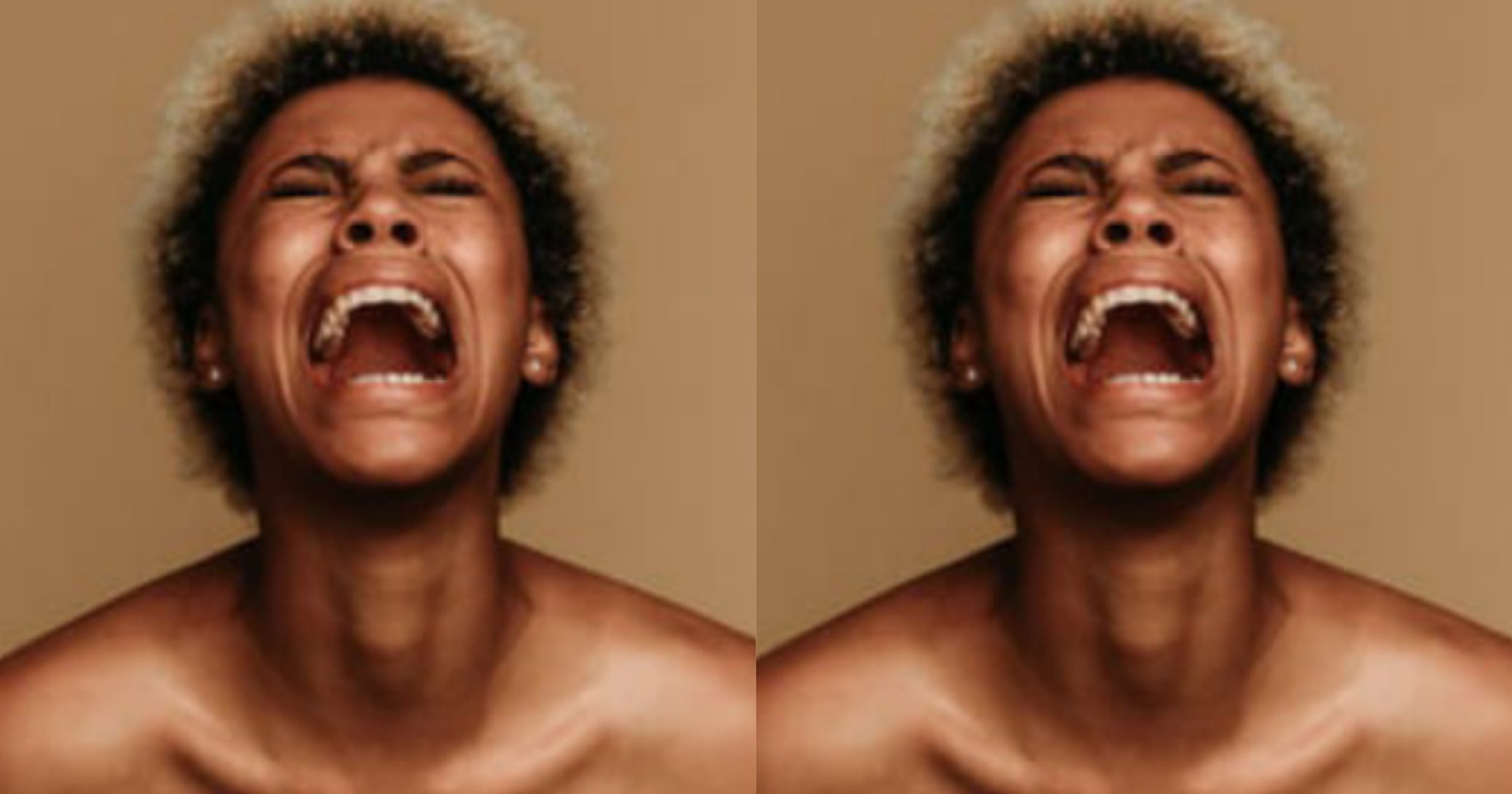 A lady named Ella__unusual on Facebook has narrated how a lady was swindled of her phone by a man in a supermarket.

The lady was drawn to the young man and even went as far as giving her phone and some other items she bought at the supermarket to him. Sadly, he disappeared with them.

“I was in GRA yesterday, I decided to branch Market square to pick something. I saw a guy and a lady filling their trolleys with items.

Everything the lady picked was in pairs…

e.g the biggest Milo and peak milk (two cans each item). She picked things worth 30k plus as well as the guy.

When they got to the cashier stand, the guy asked are you sure you don’t need anything else? Feel free to pick more so I can pay at once. The lady was happy, as she was about leaving to bring more items, the guy requested for her phone to call his friend.

The lady handed over her phone to the guy and went on for more shopping, when she finally returned, she met those items and the guy had zoomed off.

That was when we knew they just met on the road, he gave her a lift and straight to the supermarket. Now her iphone11 is gone.”

It wasn’t said if the man was caught or the phone was recovered after the incident. 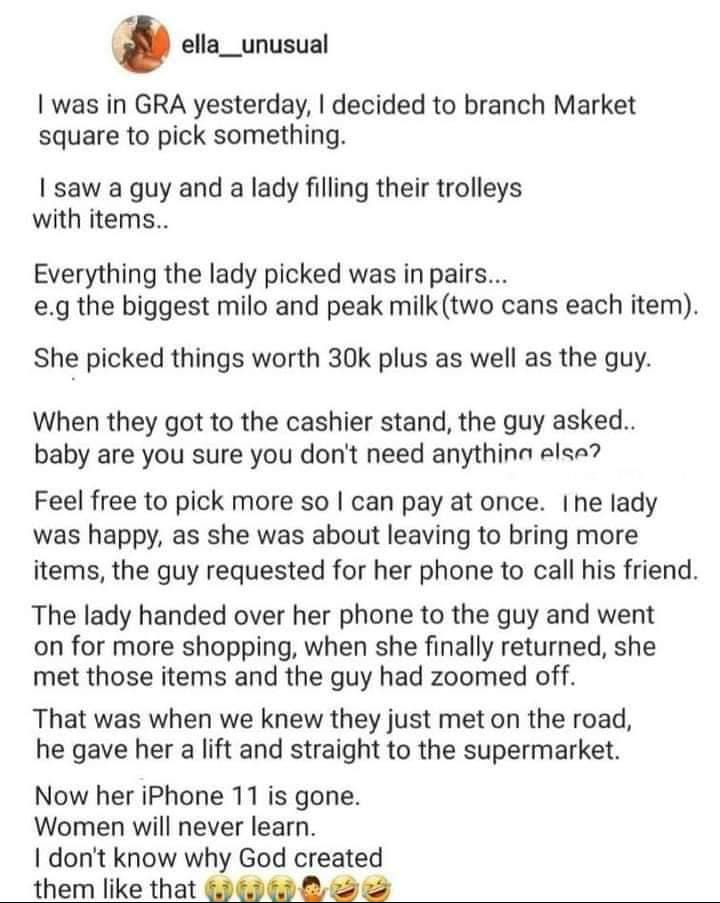