Man expresses shock after seeing pot of stew his girlfriend cooked with N2,500 he gave her (Video) 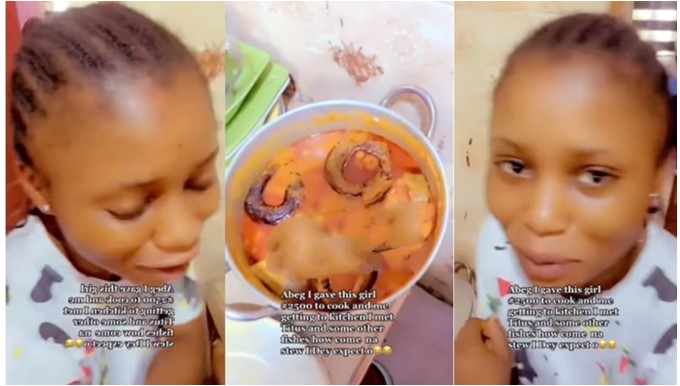 A Nigerian man was shocked by what his girlfriend did after receiving money from him to prepare dinner for them. 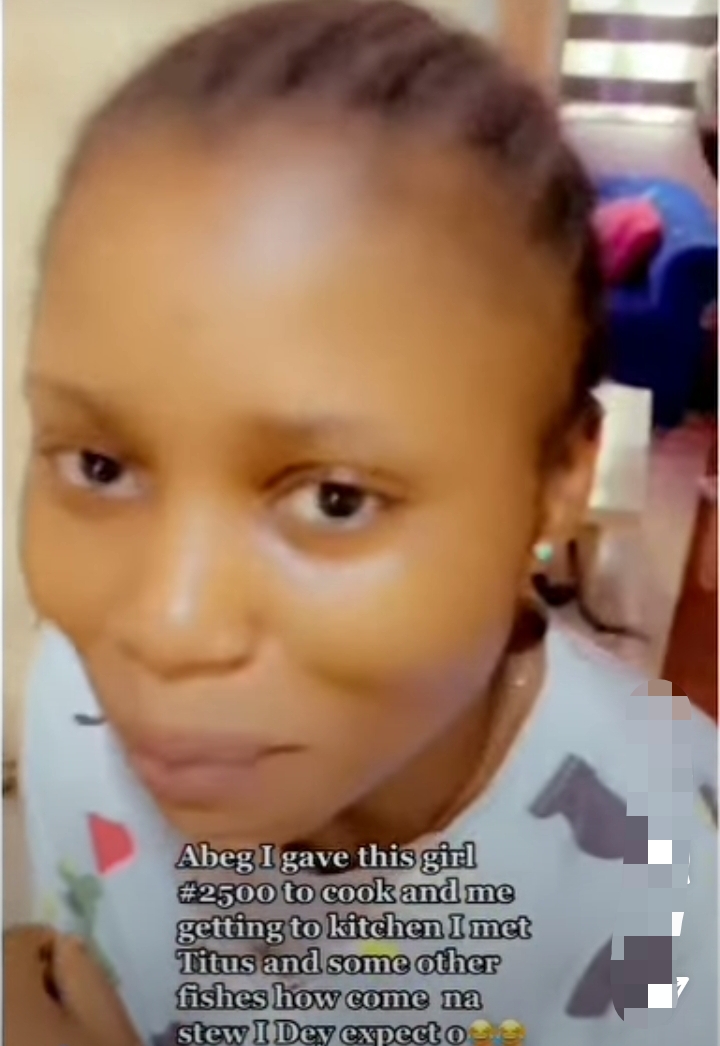 The young man claimed that he handed her N2,500 so that she could purchase the ingredients for stew at the market.

In a viral clip, the man displayed the stew she had made and expressed his surprise at finding many kinds of fish inside.

He was spotted querying his girlfriend in the kitchen as he questioned how she managed on barely N2,500.

Before leaving him in the kitchen to dance in the living room, the girl grinned coyly and shot her boyfriend a cute stern look. But he kept staring in astonishment at the stew.

“This Is Sabinus”: Man Spots Comedian From His Window in London, Calls His Family to Meet Him (Video)