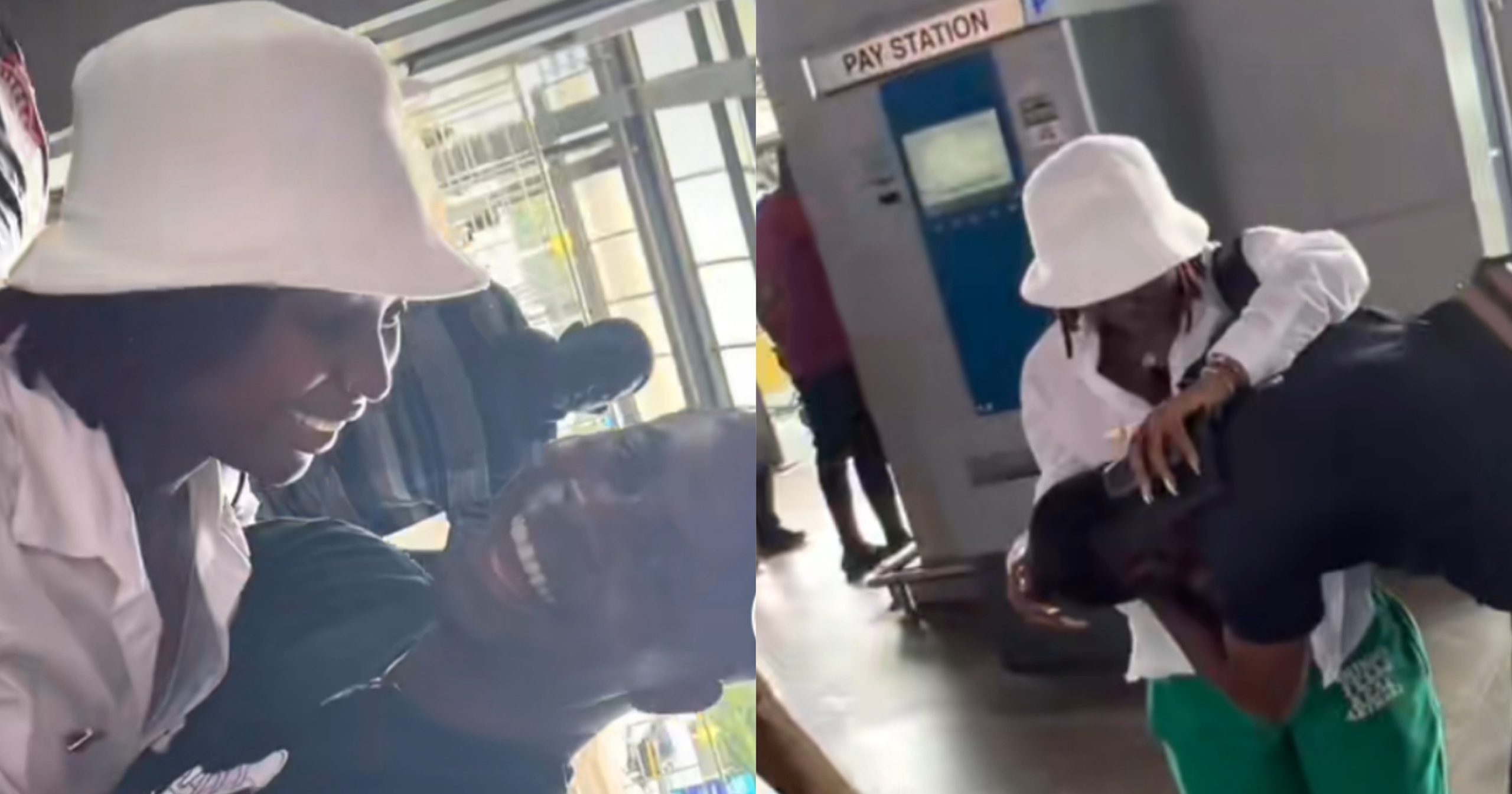 A couple on TikTok identified as @theodoomfamily has shared a video which stirred controversy online.

The pregnant wife had pulled a surprise which got everyone talking. The video showed the moment the lovebirds reunited after being apart for a while. The clip was captioned “my wife surprised me with our 7 months pregnancy”.

Netizens were not sure if she was surprising her husband with the pregnancy or her presence.

Some of the reactions were:
@DƐMMRAGH: “Ghanaman will tell you it’s not for him otherwise you would have told him🥰🥰🥰🥰.”

@Priscilla Mcleish: “I think the caption is misinterpreted. She surprised him by showing up at the airport but he would have known that she was pregnant.”

@ksm: “So many questions.. where has he been? whose the other child he was with? did he know about the pregnancy?”

Man, friends storm girl’s house, carry her gas cooker, other items for refusing to show up after collecting transport