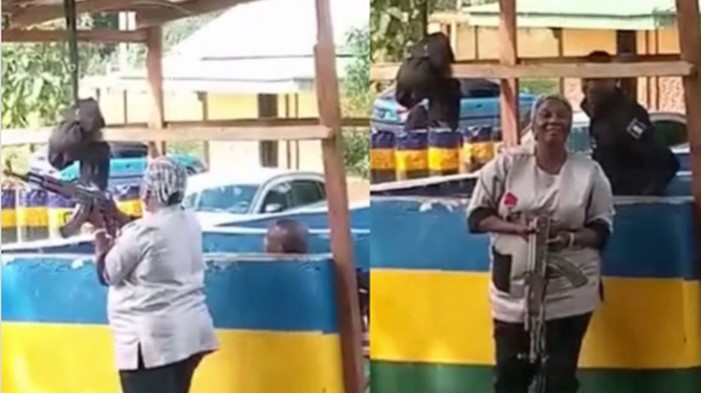 A clip making the rounds online captures the moment a woman took possession of an officer’s weapon while he was busy dozing off. 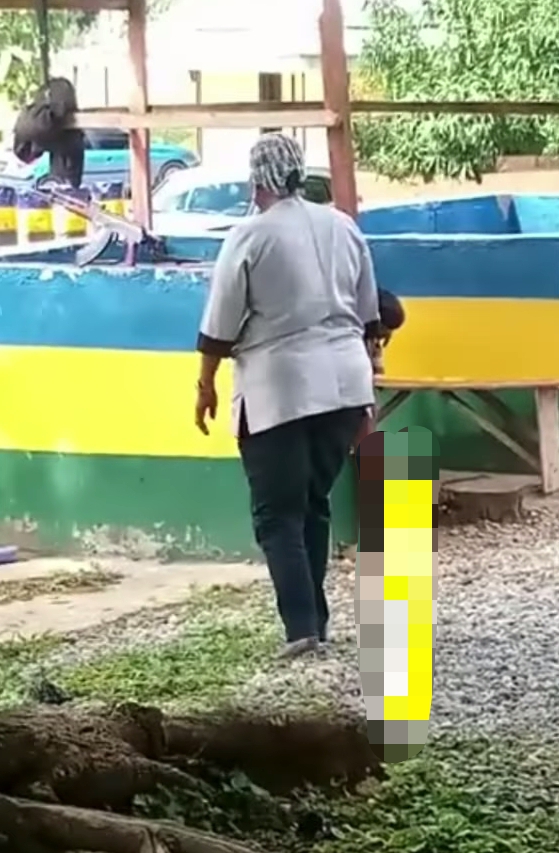 The woman crept up on the policeman while he was sleeping at his post and grabbed the firearm he had placed beside him.

He woke up not long after she took the rifle and appeared to have panicked when he saw her with his service weapon.

But she didn’t say a thing as she handed it back to him, and he took the gun without asking her a question.

It’s unclear at this point if she is a fellow policewoman or just a regular person who wished to impart gun safety knowledge to him.

temitope_901; He could have been triggered to defend himself and get people shot by mistake. Not everything is a joke. We should be careful.

proud_eva; She’s the Area commander of that station, not just a random person 🙄

special_plus_size; Omo, I wouldn’t be surprised if she gets arrested

“Starboy no dey do too much; if I knack you one, na boy” – Wizkid tells dancer during concert (Video)