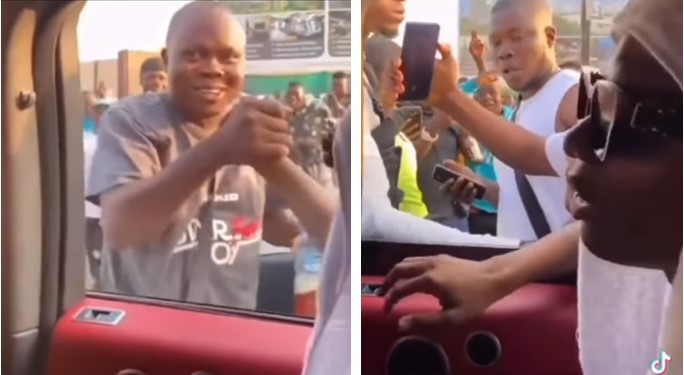 Popular singer, Ayodeji “Wizkid” Balogun, is rarely seen in public unless he is attending events or traveling with his baby mama, Jada Pollock, and son, Zion. 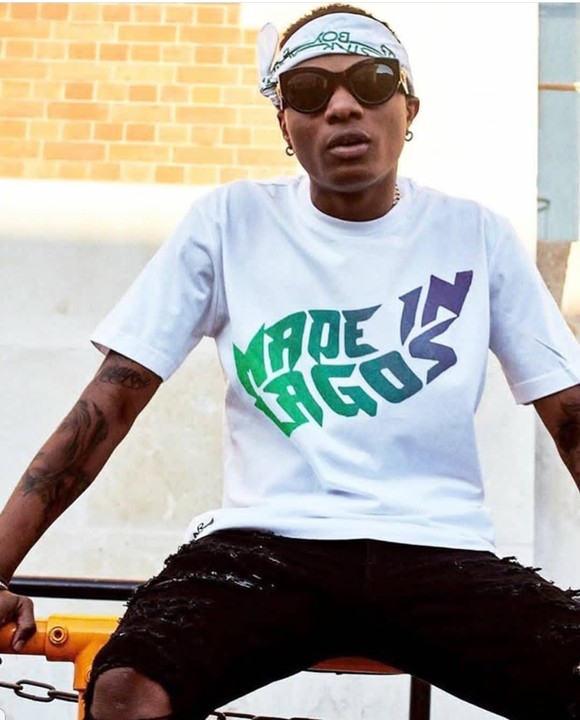 The musician recently made an exception, though, when he hit the streets to engage with some of his admirers.

He reportedly stopped at the location of his Starboy Fest as crew members were setting up the space and conducting a sound check.

He was greeting a group of people who were standing nearby in a video that has been going viral online as he was seated inside a car.

When they saw it was Wizkid inside the car, they raced over to him at first not realizing it was him.

He asked how they were doing and offered some of them a handshake, but they aggressively rushed his hand and others could be seen attempting to kiss it.

Others wanted to hold on to his hand and not let go, but a security guard stepped in to stop the awkward encounter from going horribly wrong. His name was being screamed in several various ways, including Wizkid, Wizzzy, Machala, and Starboy.