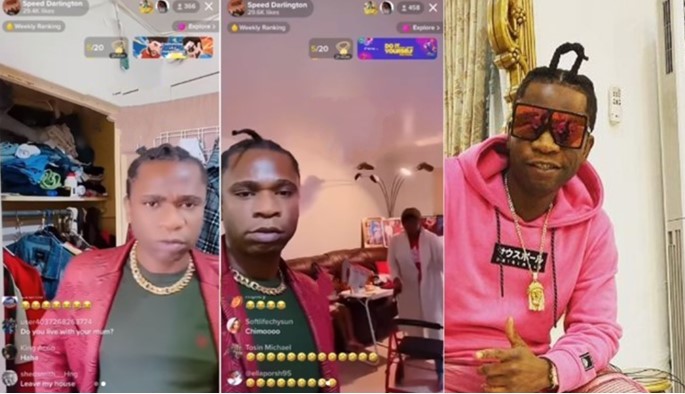 Popular musician, Speed Darlington and a woman who is thought to be his mother was caught on camera exchanging words with him. 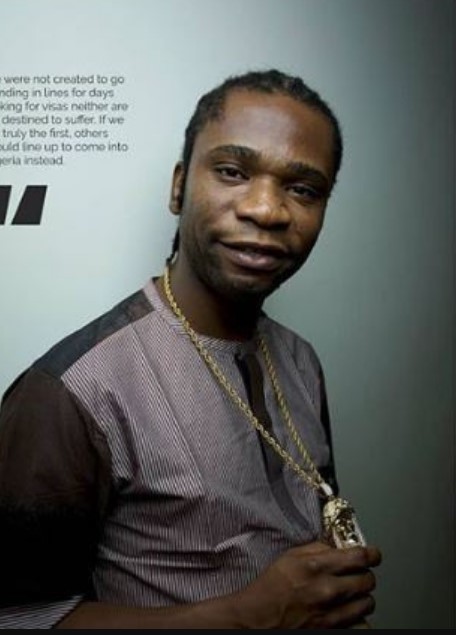 He was going about his typical social media rant when she corrected him for using bad language in front of young children.

The US-based singer used filthy, graphic language that was inappropriate for youngsters to hear as he addressed his fans and followers during a live session on TikTok.

“Never thought I’d be married to the…

Speedy’s mother scolded him for lacking the decency to construct sentences without using coarse language.

She shouldn’t expect him to cease doing what he is known for just because kids are present, he continued.

Infuriated by this, she brought up his past and pointed out how he would flee if the police were called to arrest him. 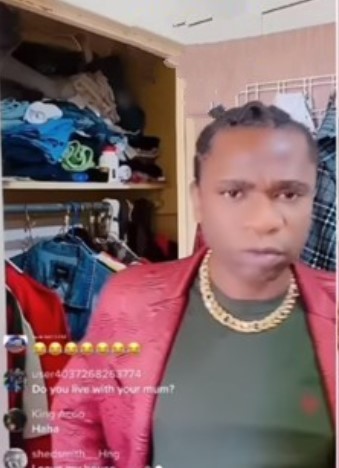 Due to his prior incarcerations, Speed Darlington claimed he does not fear being arrested.

Then he questioned why she had given birth to him if she was going to assault him and threaten him constantly.

The woman further advised him to conduct himself in her home, stating that she does not visit his location and that if he intends to continue acting inappropriately, he should not come to hers.

While it was still live, the rapper turned the camera in her direction, and she promptly stood up to disrupt the session.