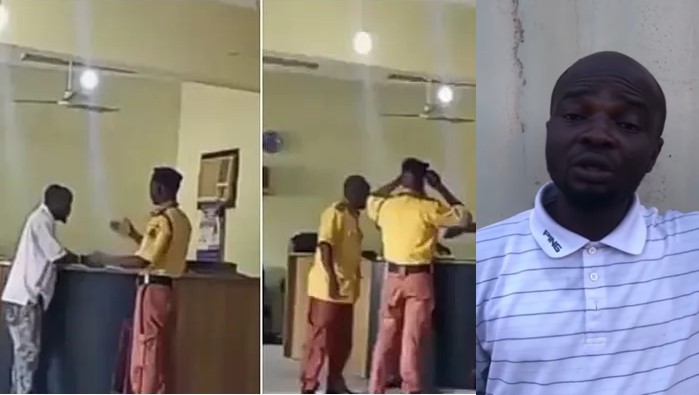 A young man identified as Oludare Alaba went viral after he charged into his school, Ladoke Akintola University of Technology (LAUTECH), Ogbomosho, Oyo state, to return his certificate. In addition to returning his certificate, he went to the university to also request a refund of his school costs because he had been unable to find employment for years after graduating.

He said in a viral video that the certificate had not brought him any financial benefit when he gave it to university personnel.

Alaba finally spoke up about his motive for acting in an interview with the Nigerian Tribune.

He claimed that he did it out of exasperation and did not want to explore the only other options, which were to practice vooddoo or accept blllood money.

The young man also said that because his dad was unable to secure a loan for him, he had to borrow money to pay for his schooling.

The LAUTECH graduate continued by saying that while he has an entertainment talent that earned him recognition during his youth service, he is currently unable to capitalize on it because he cannot raise the necessary funds to launch his own business.

Alaba claims that his father challenged him about his ambition and told him that he should already be reaping the rewards of his labor. The young man started crying when he heard that.

In exchange for the “useless” certificate, he demanded that his institution refund all of his tuition costs so that he may use the money for more useful endeavors.