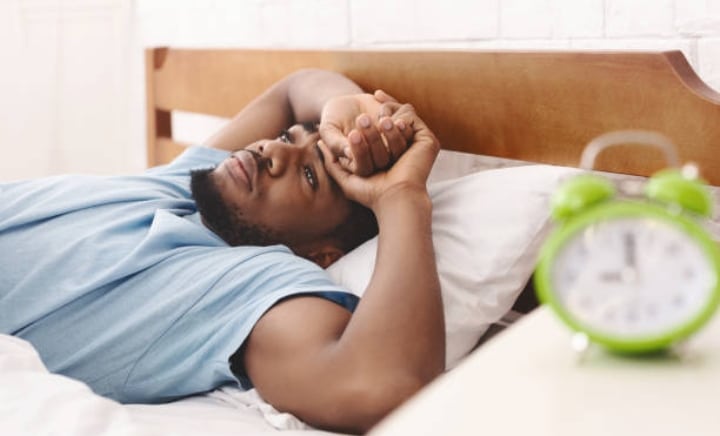 A heartbroken man has shared a sad account of how he discovered nabbed his cheating girlfriend.

According to the narrator, he paid for his unemployed girlfriend’s driver’s license because he believed it would aid her in her job search.

He discovered his girlfriend had been cheating on him with their neighbor a few days after she got her license.

When he confronted her about her infidelity, she stood firm, telling him that he isn’t ambitious enough to be with her.

He went on to reveal that his girlfriend now drives their neighbor’s BMW and doesn’t even honk at him in acknowledgment when she sees him despite all he had done for her.

Read his full narration below:

“Hi Auntie Momoza. Just a few weeks ago I paid for her to get a driver’s license because I thought it would help her to get a job. I thought it was my duty as her boyfriend. Two weeks after she got the driver’s license I found out that she’s cheating on me with my neighbour. I confronted and she dumped me saying I’m not ambitious enough to be her boyfriend. My neighbour is an ANC guy and has tenders. Yesterday while I was waiting for a taxi to town she passed me at bus stop driving that guy’s BMW. She didn’t even hit a bell to greet me after everything I’ve done for her. And she was driving that car with my license, I paid for it. I cancelled my trip and went back home to sleep with a broken heart. I doubt I will ever be with another woman. I am hurt.” 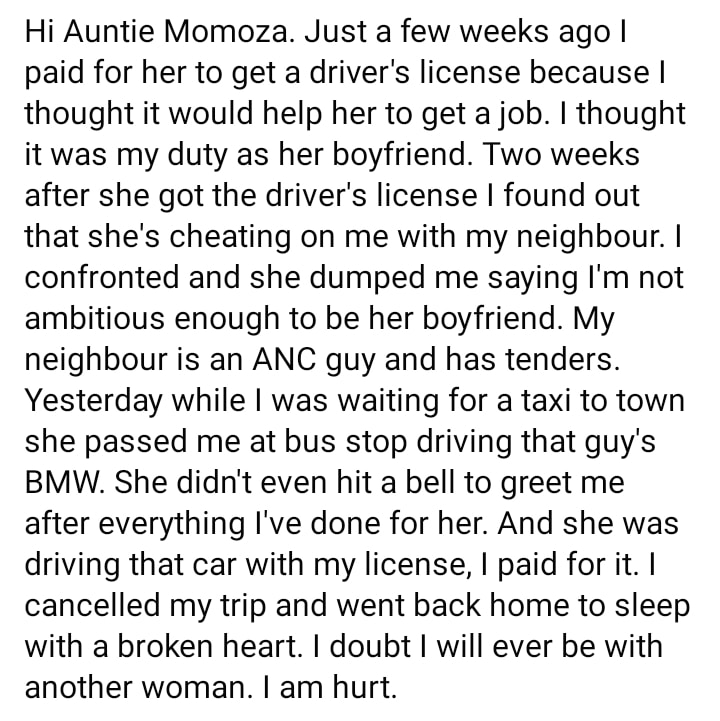