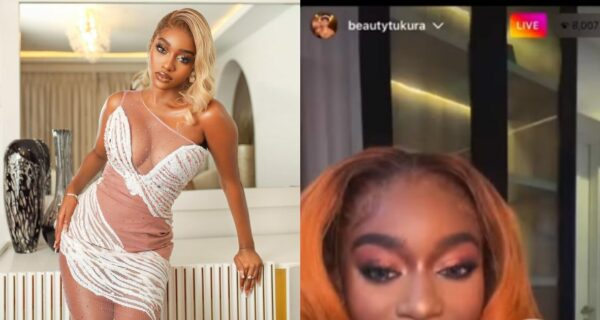 It would be recalled that when the show entered its second week, Beauty had gotten herself disqualified from the show over her misbehavior.

She had had several fights with her love interest, Groovy which earned her warning strikes from Biggie, culminating to her disqualification.

The former beauty queen had an online chat intended to let her fans and well-wishers known that she’s hale and fine.

She also noted while speaking that she has learned her lessons.