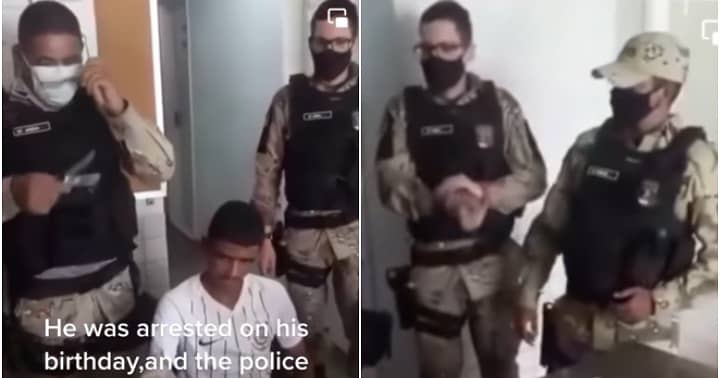 A young man who was arrested on his birthday turned 18 in custody and the police decided to host a small party for him.

The birthday was celebrated with a small cake and a big bottle of coke. In the video, one of the policemen was seen helping him to cut the cake.

The caption on the video read:

“He was arrested on his birthday, the police👮 decided to give him a little party🎉, but he doesn’t look 👀 too happy today he’s 18.”

Despite all efforts to make him happy, he didn’t look or seem to be happy with the party.

Netizens shared their thoughts about the incident.

Ninth_nubian: “They fully mocked his existence”

i_am_hblaze: “funniest thing I have ever seen”