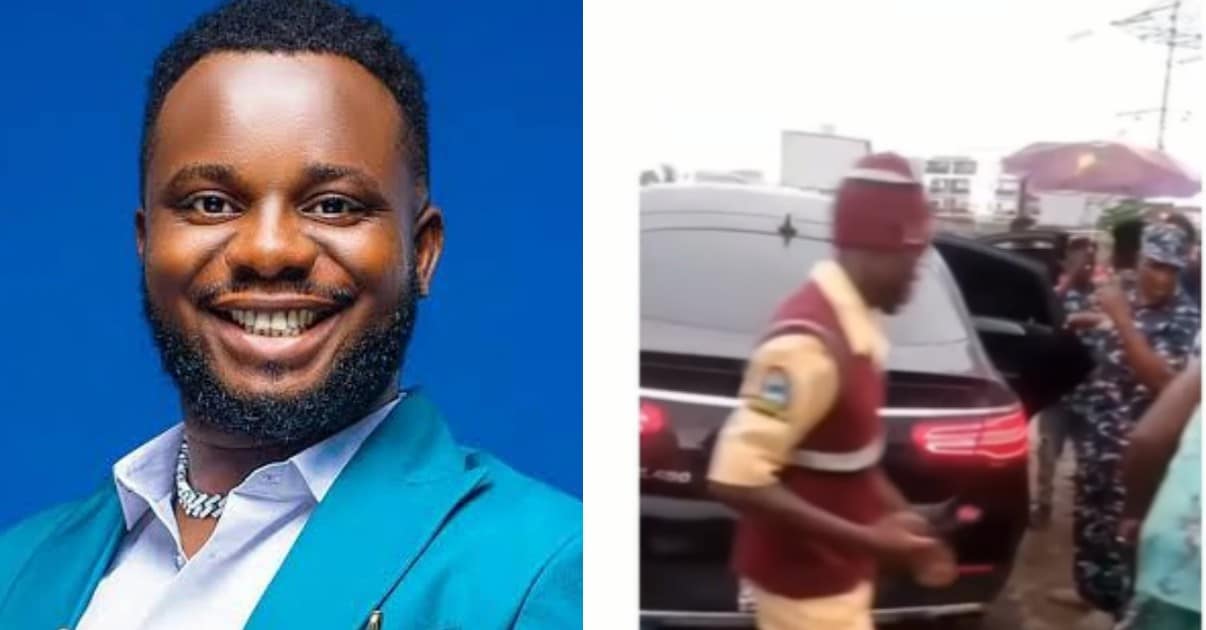 This is coming hours after news of his alleged engagement to his girlfriend made rounds.

Sabinus reacts after a show promoter was beaten over his…

The video of his crash has surfaced on the internet, but it is unclear.

Although the comedian escaped death, his car’s bonnet area was badly damaged. A couple of authorities could also be seen surrounding his car, as passers-by show sympathy.

It will be recalled that Sabinus, whose real name is Emmanuel Chukwuemeka Ejekiru showed off his Mercedez Benz GLE SUV on social media on the 20th of July, 2022.

He shared a series of videos and photos and his car was estimated to be worth over #40 million.