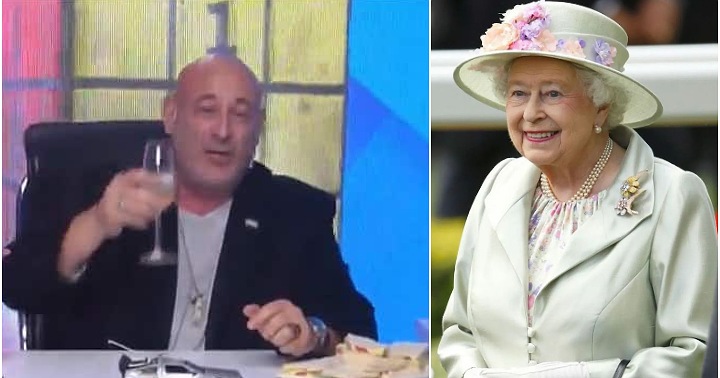 Mixed reactions have trailed the actions of a TV presenter who celebrated the demise of late Queen Elizabeth II while on air.

As the death of Queen Elizabeth II was announced by Buckingham Palace, an Argentine TV host, Santiago Cúneo popped open a bottle of champagne live on air while announcing the passing of the British monarch.

In a video from the live show, the Argentinian journalist seemed surrounded by white and blue balloons—the colors of Argentina’s flag—uncorking a champagne bottle and eating finger sandwiches.

Ifeanyi: If anyone should face prosecution, it should be…

While the journalist celebrated the death of the 96-year-old queen, the Argentinian government posted a tribute and said the country ‘accompanies the British people and her family in this moment of grief,’ according to The New York Post.

Reports gathered that this is not the first time Cúneo has sparked controversy. He was fired in 2019 from a Cronica TV after he allegedly spread anti-Semitic conspiracy theories.