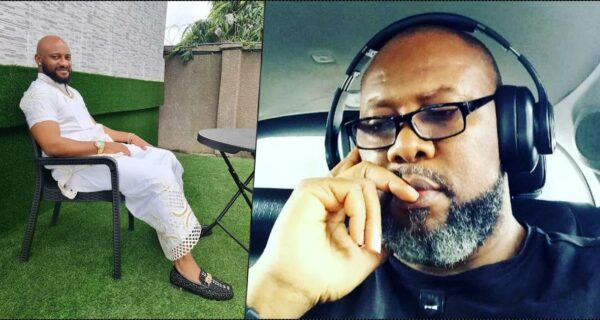 Recall that after the unveiling of the second wife, Yul Edochie’s marriage to his first wife had experienced some harrowing moments.

Uche criticized society for worshiping lies rather than face the truth in a lengthy post on Instagram.

He queried which is good between a man taking more than one woman legally or a man surreptitiously cheating on his only wife. “What is more admirable between honesty and deception? Most people will tell you that it is honesty and even proceed to quote a part of scripture that says, ‘The truth shall set you free’.

But none of this is true though. Society does not value honesty and the truth will only make you enemies. It doesn’t set you free. Not on this planet. If we all went around speaking our minds, we will either end up dead or in jail. We are encouraged to tell the truth but vilified when we do. Isn’t that something?

So we lie to our wives, husbands, parents, children and all of society. We lie to protect them because we know that they cannot handle the truth. That is why we lie.

Truth on the other hand is like quinine. The taste is horrible but healthy and curative. That is why we have adverts of your coca colas and pepsis plastered all over the world but not quinine. A lie simply tastes better.

And this my friends is why we celebrate cheaters and attack truth tellers. We consider it more respectable for a man to marry one wife and quietly cheat on her with multiple women than for him to marry two or more of these women, making his feelings for them official and respectable.

It seems to me that the issues we face in life are not because we are imperfect humans. We struggle as a society simply because we cannot handle the truth,” he wrote.

In a subsequent video, Uche Edochie asked his audience to decide whether society should punish a mistake or attempt to fix it.