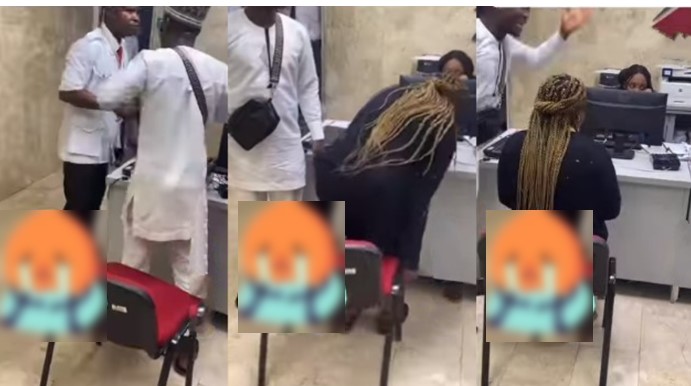 A man was caught on tape making a commotion at a well-known bank after a significant amount of money was taken from his account. 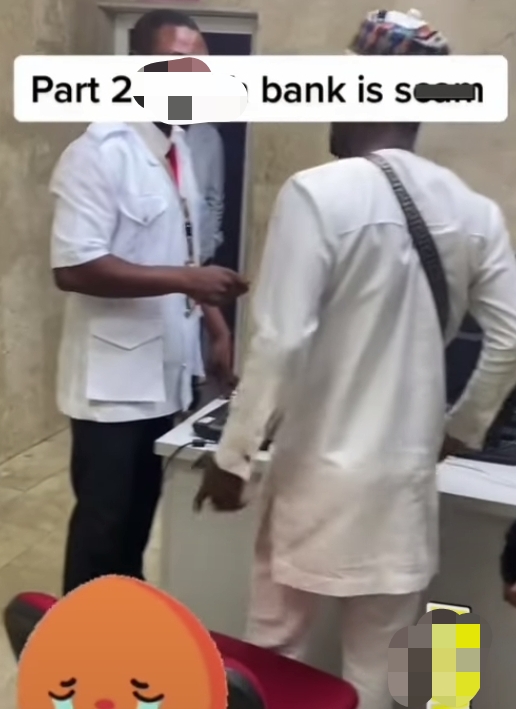 He stormed the bank to file a complaint after it was learned that N180,000.00 had inexplicably vanished from his account.

He shouted in the banking hall and when the security and customer care personnel attempted to calm him down, he retaliated by hitting them.

The security guard ordered him to move aside so that another customer could be served by the bank employees, but he persisted in his tirade.

He even dared them to have him jailed, saying that he wouldn’t leave the bank until the N180k had been properly refunded.