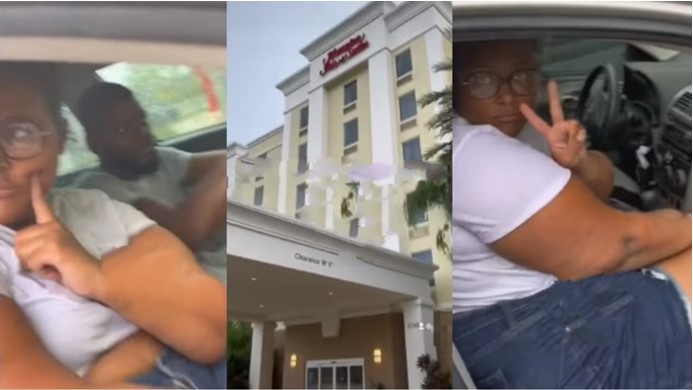 Shamika Moore, an American woman, found her husband having an extramarital affair and has vowed to have him deported back to Nigeria. 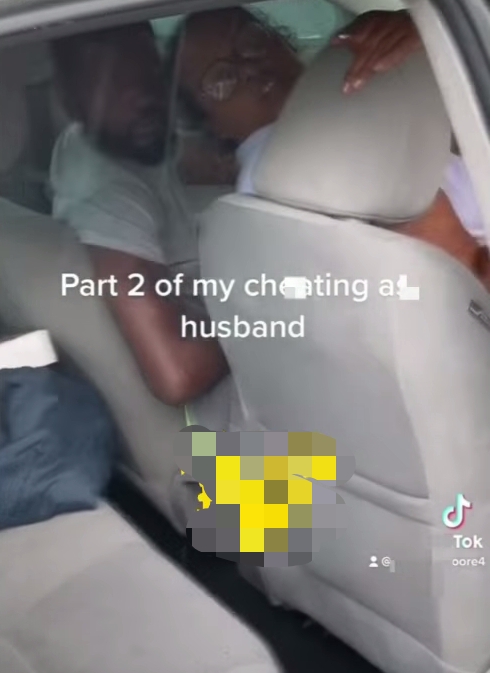 The Florida-based wife accosted her hus myband at a hotel after spotting him with his side chic in viral footage.

They were going to leave the hotel when he could be seen inside a car with the other woman sitting in the front, but Shamika stopped them.

The wife revealed that although he used the excuse of going to meet his brother to obtain money to pay their rent, they were both meant to go hang out that day.

He later answered his phone call and explained he was at a buddy’s place to get something. Forty-five minutes passed and he wasn’t home yet, then, I decided to track his location using the FindMy IPhone feature and found out he was at hotel not too far from our house. I found him there and confronted him with his sidechic.”

When netizens began bashing her with the belief that she married him for money, she said;

“For people who are like “Did you marry him for business?” I didn’t.

My husband didn’t have anything to offer me. I loved him based on how he treated me. I love him still but don’t want to be with him like today this hit me hard. Asf it feels like someone snatched my heart out l of my body. I feel drained asf”.