Businessman to train boy who built excavator with local materials 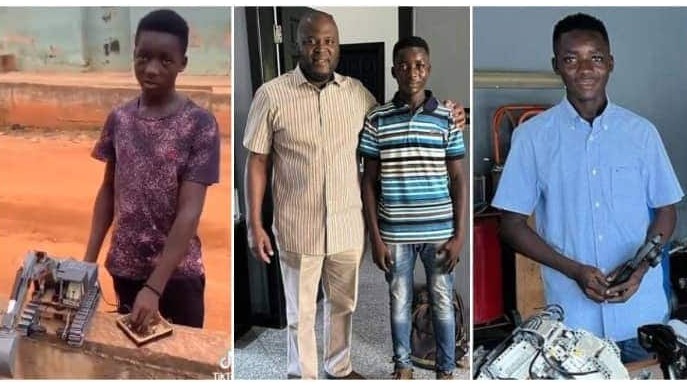 A businessman has offered assistance to a talented boy who went viral after he built an excavator out of waste materials. 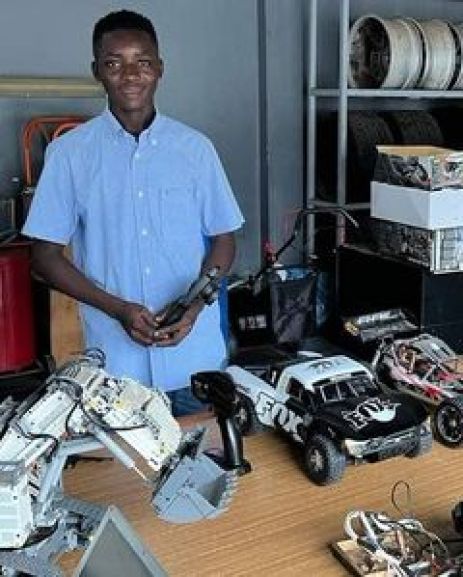 Ibrahim Mahama, a businessman, became interested in the 17-year-old boy after seeing a video of him.

He promised to help him achieve his dream of becoming an engineer, so when he met Solomon and also, he promised to mentor him.

Atimbiri was captured demonstrating how the excavator works in one of the video clips that went viral.

Mahama who had launched a search for the boy weeks ago eventually met him and revealed the plans he has for the genius.

He wrote; ”Yesterday I invited Master Solomon Atimbiri who hails from the Upper East Region but currently resides in Kumasi, for a mentorship session and exhibition of his invention works.

My attention was drawn to the young inventor’s video after it went viral on social media last weekend. The young inventor was able to build a moving excavator and other trucks by using locally available materials. 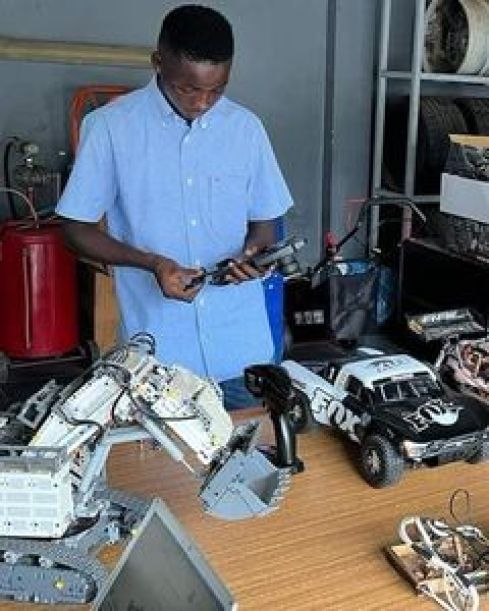 I took interest and decided to mentor young Solomon Atimbiri, by offering him the needed support in realizing his dream. He has been attached to a team of local and expatriates engineers. He’ll be given practical training whenever school is on break till he completes school. 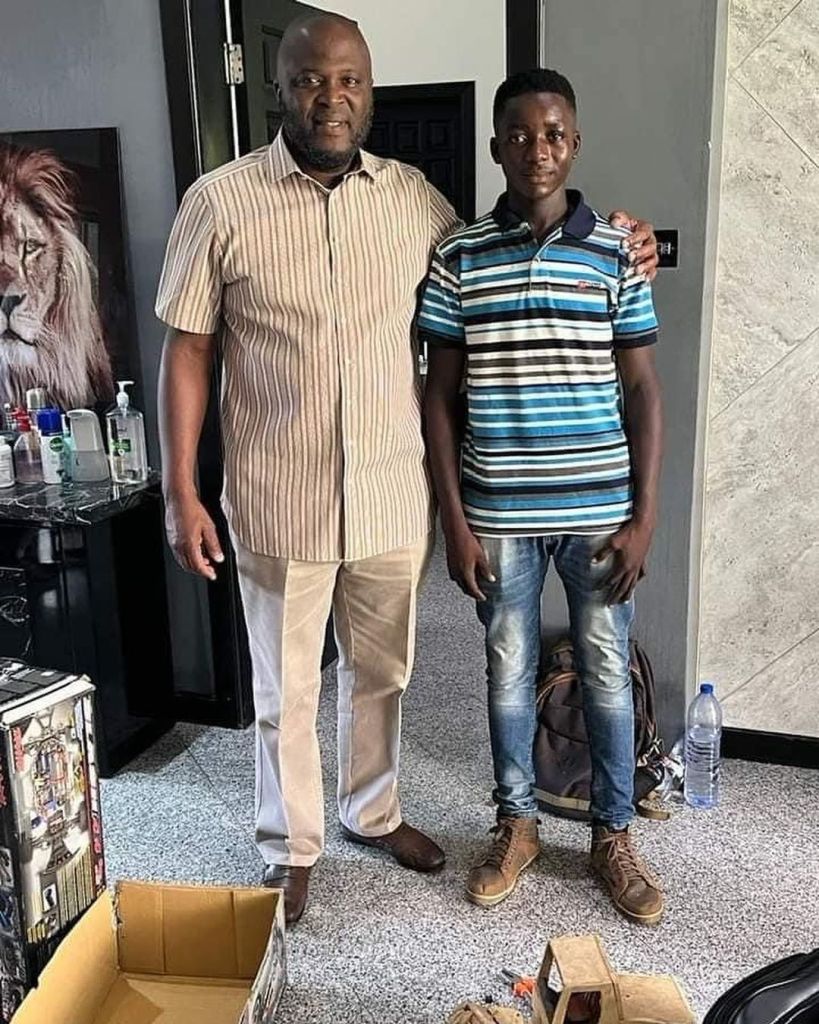 Solomon Atimbiri ll be given the best support and environment to become an accomplished professional engineer and inventor. #EngineersAndPlanners.”