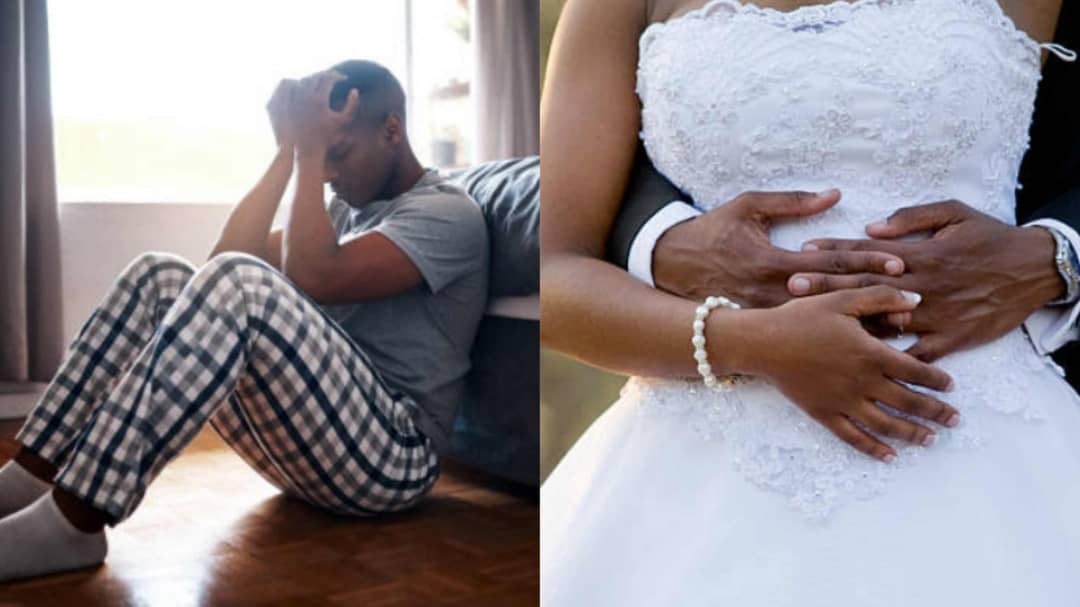 A man has vowed never to get married again after his fiancée got disvirgined by another man.

The heartbroken man identified simply as Seyi, took to Twitter to declare that he would never get married.

He asked God to take his life any day he tried to get married and that even if his family member call a meeting about his declaration, he won’t still change his mind.

When another tweep reacted with surprise at his vow, Seyi revealed that his fiancée went to sleep with another man who disvirgined her.

“My fiance went to sleep with another suy, got disvirgined by the guy. As in person | want to spend my whole life with og,” he added.