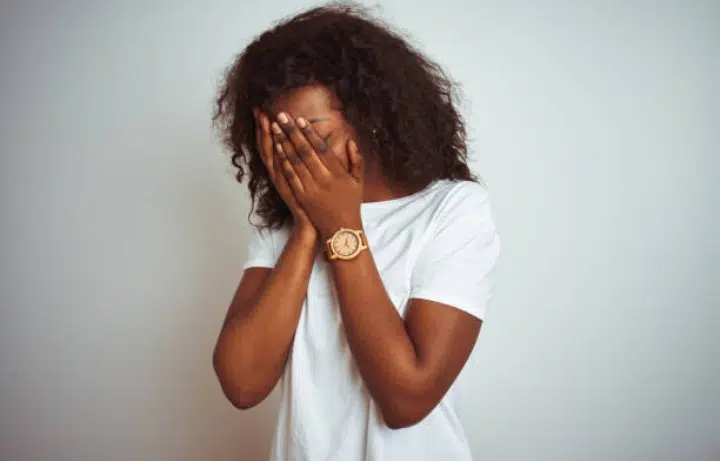 An embattled wife reveals how she caught her husband of five months engaging in sexual activity with a woman he claims is his cousin.

According to the woman, after they got married in May, her husband brought in a lady he claimed to be his cousin to live with them.

According to the woman, the said cousin was always free around the house, taking whatever she wanted, and whenever the woman complains to her husband about her behavior, he will promise to reimburse her for what she took.

“I married my destiny helper, she makes my weight lighter” –…

The woman went on to say that when her brother came to visit, he caught her cousin and her husband making love.

She had then stylishly asked her mother-in-law about the cousin to which she revealed that they were not really related; the ‘cousin’ was simply a lady that just came to live with them at a time.

See her full narration below:

“l am newly married and my husband cousin is too free in our house. Comes in anytime. In to the bedroom oh. She takes whatever she wants. From my perfume to high end makeup. The day I warned her, My husband warned me in turn. He says whatever she takes should tell him and he will reimburse it. This is someone who takes food from my pot anyhow. I have been noticing her wayward ways in my home but I didn’t want to act like a jealous wife. My younger brother came visiting because we had a party in my in laws place and we were there. My brother said he saw my husband having sxx with the so called cousin. I stylishly asked my MIL about her and she said they are not related that the girl just lived with them at a time. Even though she wasn’t comfortable talking about it. I monitored them closely, I left the house and left my two phones on voice recording. One in her room and the other in my matrimonial room. I left to go and do my hair and I spent about 1 hour 30 minutes. I came back and I heard all dia discussion. My husband went to her room and made love to her. How best can I make this dramatic for both of them. They can’t make a fool of me. We got married just this May. I need to make the both of them suffer. Please no one should beg me.. At the time I met my husband, I let 3 other good men go. I am so sad that I can’t even cry.”

Lady who travelled to Italy without informing her family, returns home (Video)