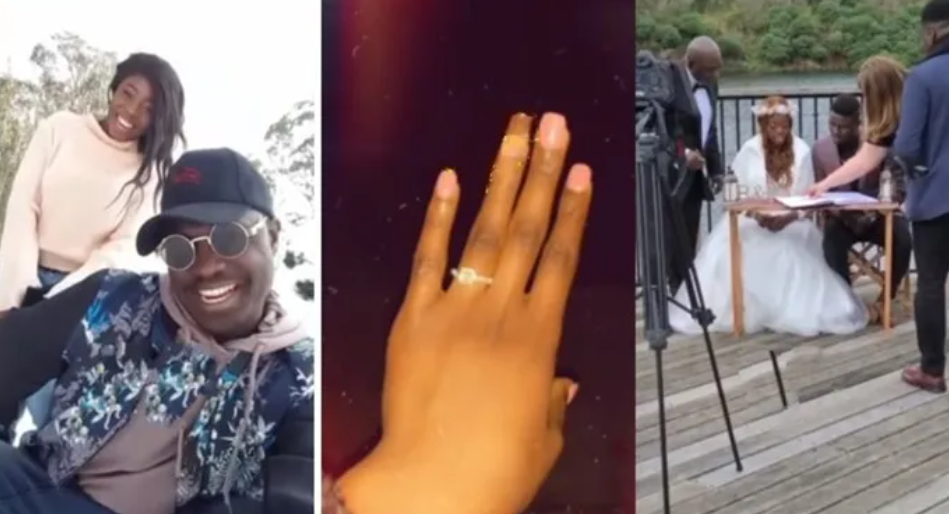 A young lady living in Australia has told the story of how she met her husband in a video montage.

The attractive woman stated that he used to send her messages on Instagram, but she became irritated because many men were doing the same, so she blocked him.

She later met him at a wedding in Australia in 2018 where he was the best man and she was the chief bridesmaid. 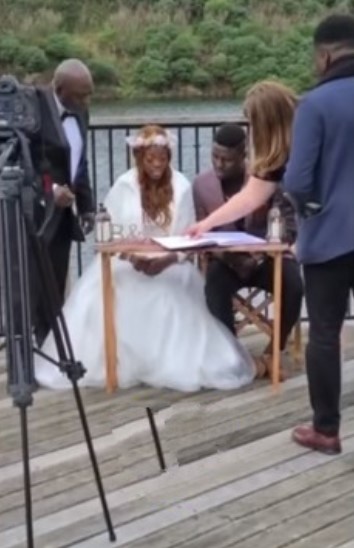 She found the man attractive after seeing him in person, so she decided to give him a chance and they became friends.

After three months, he asked her to be his girlfriend and she agreed. They dated till 2018 when he moved to Tasmania while she remained in Melbourne.

She wanted to end the relationship, but they eventually agreed to try the long distance, and it worked for a bit as they both had an agreement to travel and meet themselves once every month.

Fast-forward to 2020 when the coronavirus hit, he wanted to propose, but then cities were on lockdown before he could return to Melbourne.

She then discovered that she was pregnant, and she had to stay at her parent’s house for nine month period.

After months of being apart, she got a surprise from him after he somehow found a way back to the city where she resides and proposed to her with the help of friends.

The couple eventually got married and she left everything behind and moved to Tasmania to start a family with him. She gave birth to a healthy baby boy whom they names Jimmy.