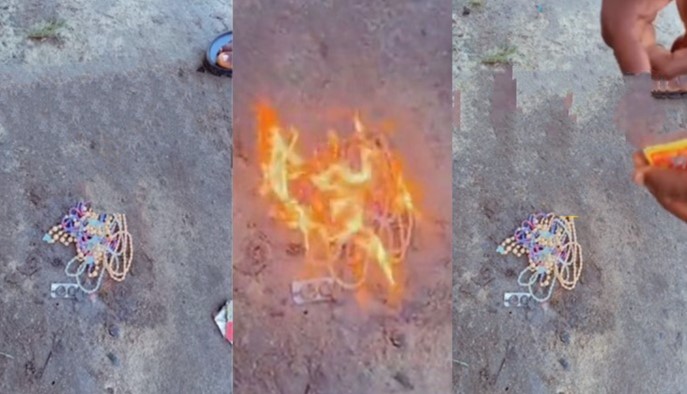 A man has described what transpired after he acquired the waist beads that his girlfriend wears. 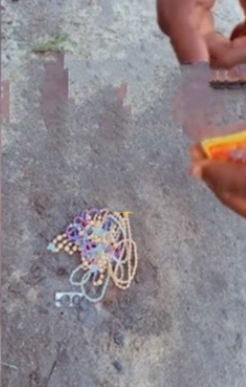 The man claimed in a video he shared on social media that while she was still wearing the beads around her waist, he was caving in to all of her demands.

He claims that he always complies with her requests to purchase her wigs and clothing.

He alleged that as soon as he took possession of the beads, he returned to normal and was free from all spells and controls.

In the viral social media video, the young man makes the decision to burn it. He was seen setting them on fire while recounting what had occured and how he now feels normal.