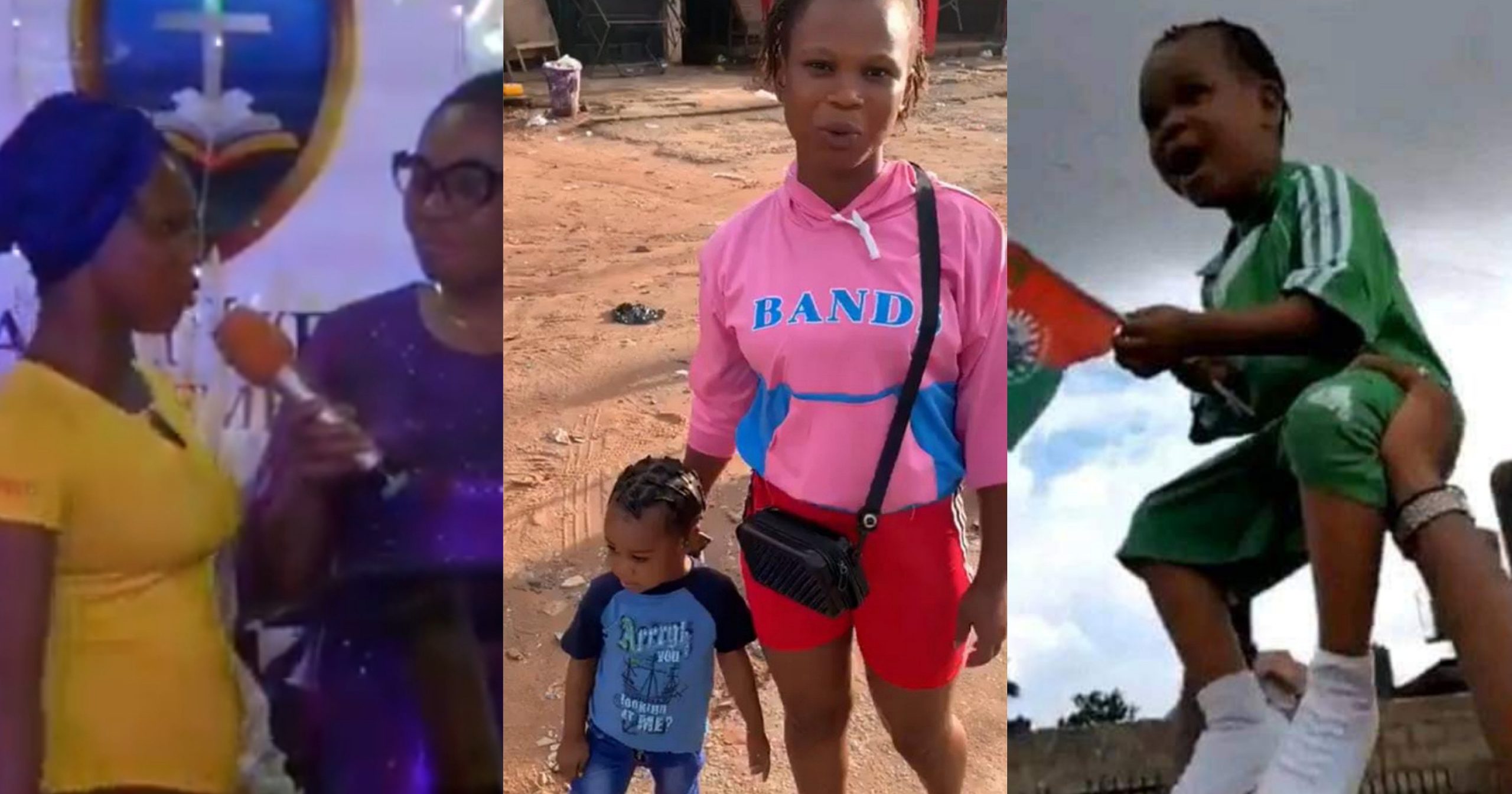 The mother of Baby Chioma who has now been crowned the poster baby of the Peter Obi movement in Nigeria has gone to church to share her testimony.

In the video made at Faith Lifters Assembly, she praised the name of the Lord for the favor her daughter’s courage and energy brought upon their lives.

She said they were not even planning to attend the Peter Obi rally. According to her, they were on their way to the market when they both saw the crowd rallying and her daughter requested to join.

She obliged and that was how she joined them. The little girl was given a flag and a man went ahead to pick her up and she started waving her hands frantically and hailing the crowd.

Her mother said that the next morning she started getting several calls with scholarship offers and many other gifts, even a brand new apartment that cost millions.