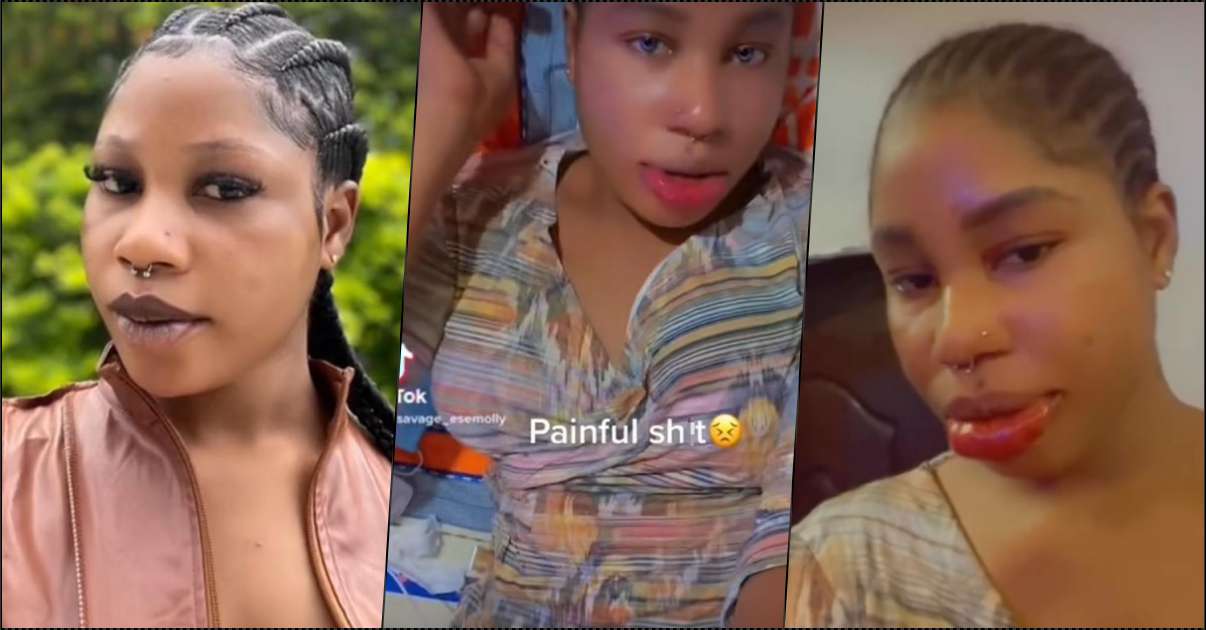 Young lady bemoans over the condition of her lips after using an ointment to make her lips pink and appealing.

A viral video on social media showed a woman’s swollen lips after receiving something other than what she wanted. 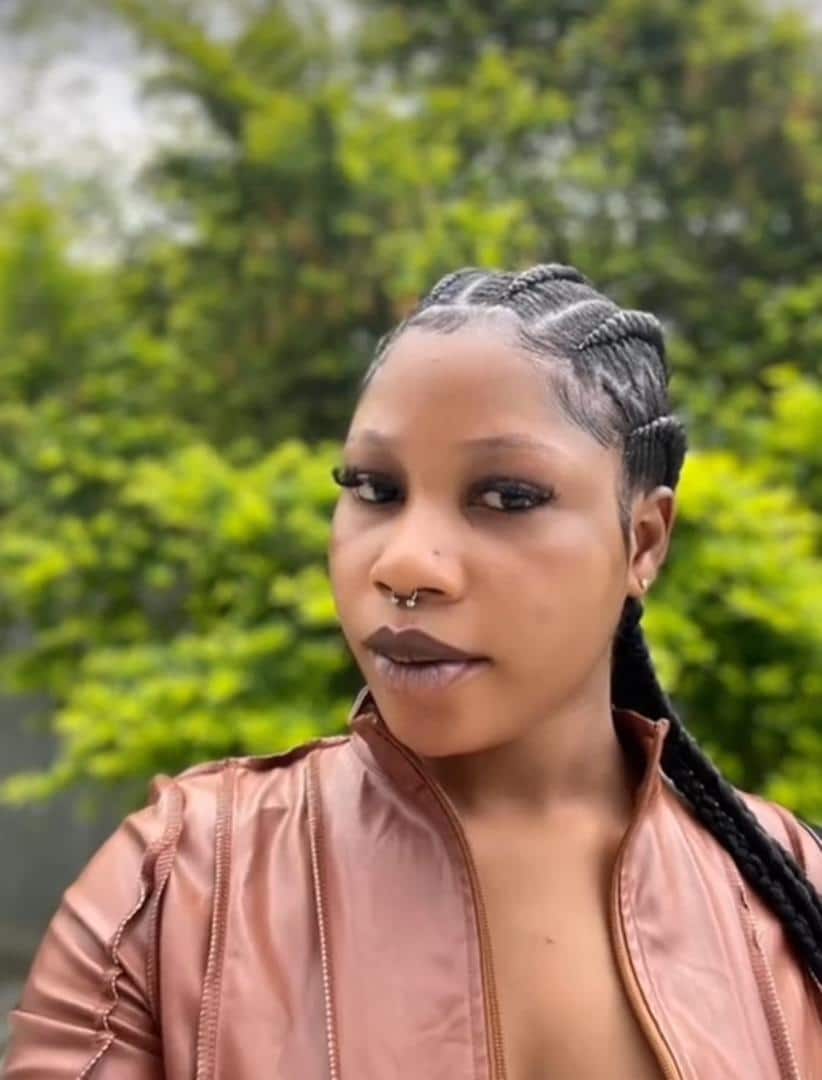 The woman laments the discomfort from the pink lips ointment while posting before and after pictures on social media.

She, however, pleaded against backlash from other social media users who slammed her for her desperation.

In other news; A Nigerian couple who received a surprise package of N400,000 from Afrobeats artiste, Skiibii has surfaced online with an update on what happened to the money.

It was previously reported that Skiibii gave them the cash after seeing a popular video in which the guy was promising to buy her a wig because he couldn’t currently afford one.

In a new video, the woman admitted that she took N20,000 out of the N400,000 and delivered it to her boyfriend, the person responsible for creating the clip.