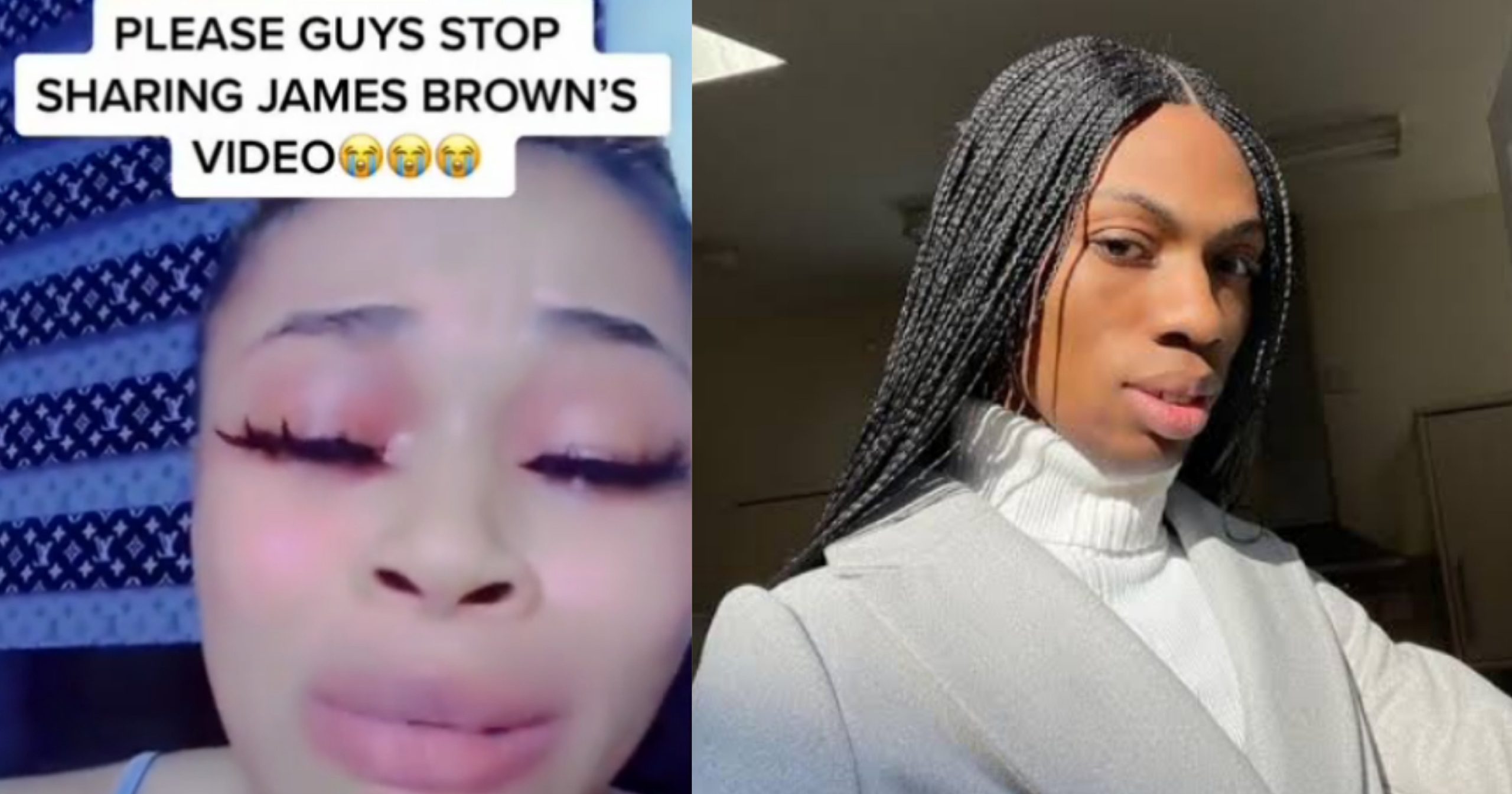 A lady identified as Mimi has cried out in a video pleading to Nigerians to stop sharing the leaked video of James brown.

Recall that earlier this week, a video of James brown was leaked on social media and the crossdresser claimed he didn’t know who leaked the clip.

He added that he and the girl in the video had already broken up and there was no reason for her to leak the video.

VIDEO: Singer Pasuma’s daughter over the moon as she becomes…

A lady who claimed to be the female in the video has now pleaded that Nigerians should stop sharing the video.

She lamented that the clip might get to her parents and she will be in a lot of trouble.

Some netizens however do not believe she is the one in the video and they advised her to stop clout chasing.