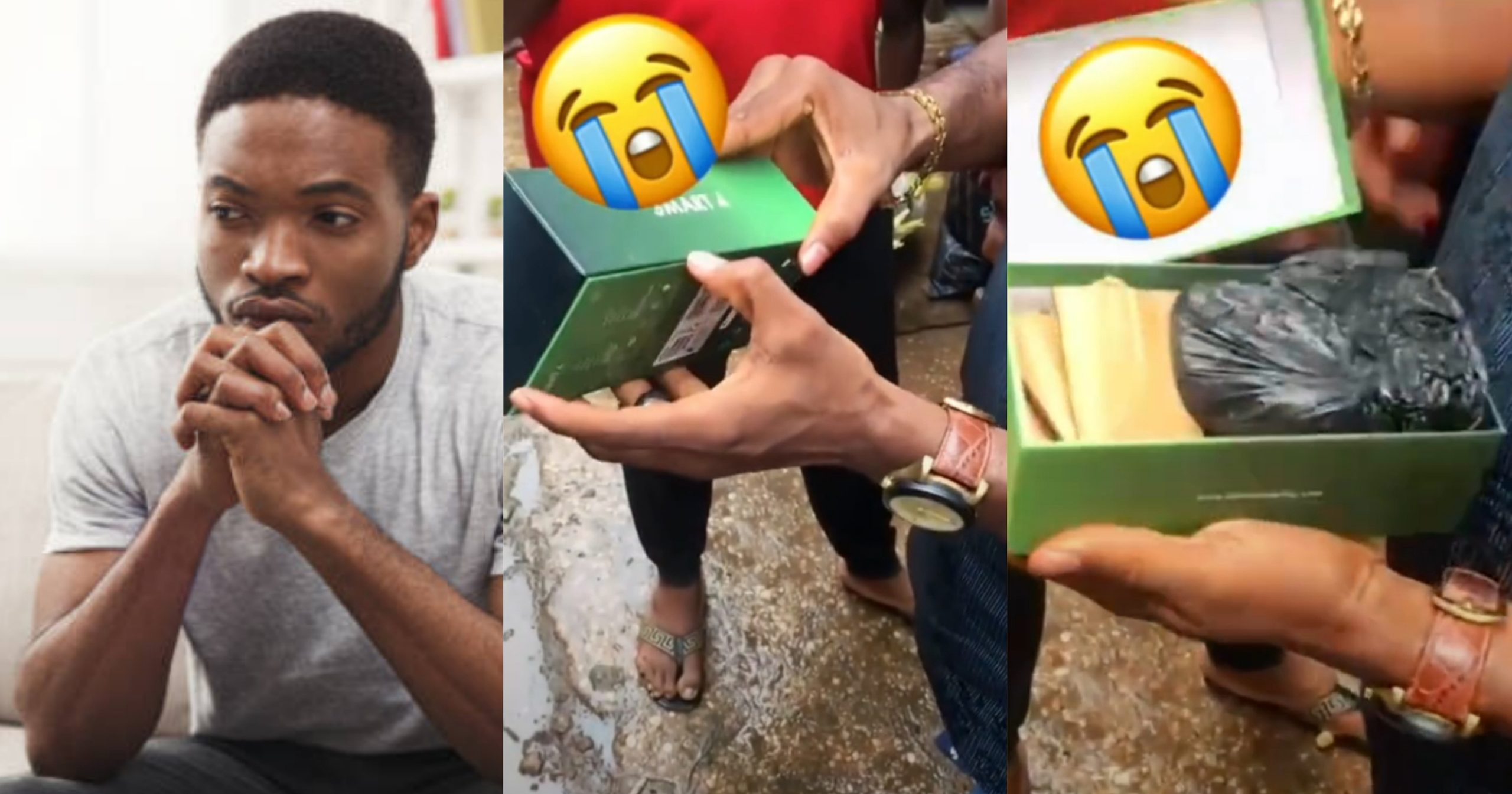 A man has revealed the content of a new and sealed infinix smart 4 phone that was purchased at computer village.

In the video, the man unsealed the phone and opened the pack only to see a carton and polythene bag instead of the phone itself.

Netizens complained about how some vendors at computer village are a major part of the corruption the nation is facing.

Nigerian lady embarrassed at restaurant over inability to…

Some added that they always insist on seeing the contents of a packaged phone whenever they go to the computer village to purchase.

A netizen recounted her own experience of when she went to make her own purchase. She narrated that she had to open it there, waited till it was fully charged before she left.