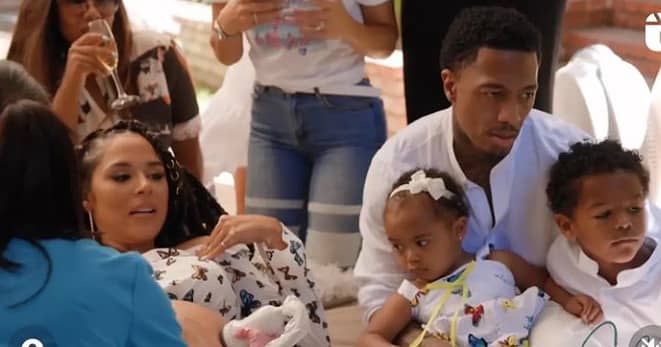 Nick named his child Rise Messiah Cannon and his mother is a model named Britanny Bell. This is the third child she has birthed with him. This is also Nick’s third child this year.

The other two children Nick had together with the model are Golden and powerful Queen.

Nick seems to have a thing for models as he just had his ninth child, Onynx Ice Ole Cannon two weeks ago with model Lanisha Cole.

He made the announcement of the birth of his 20th child on the 30th of September.

He has also welcomed another child in July with yet another model, Bre Tiesi and he was named Legendary.