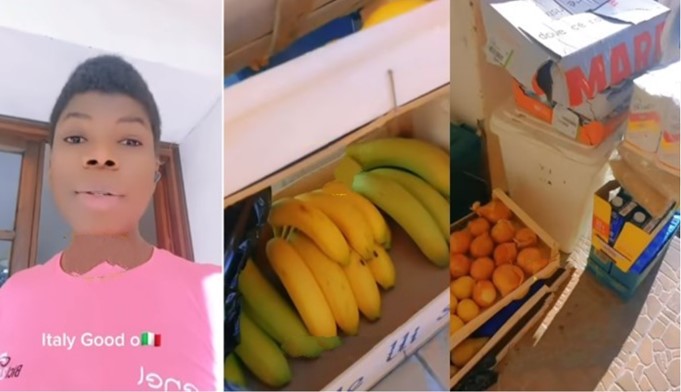 A young Nigerian woman has praised the Italian authorities for providing her with foodstuffs and showing concern for her welfare. 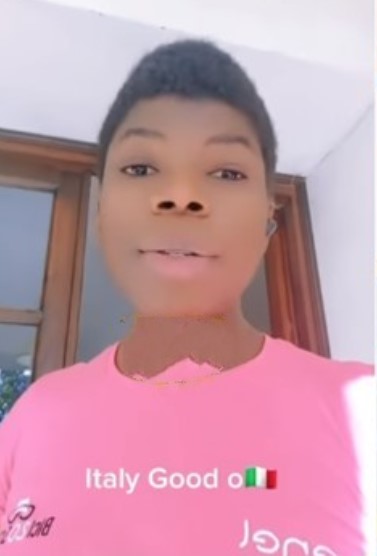 She posted a video showcasing the assortment of foodstuffs and fruits that the government of her nation had sent to her.

The woman rejoiced as she told her people about what she had received and boasted that Italy was a good nation.

According to the Italian-based Nigerian, when she opened the door in the morning, she discovered the stuff that had been left at her doorstep. 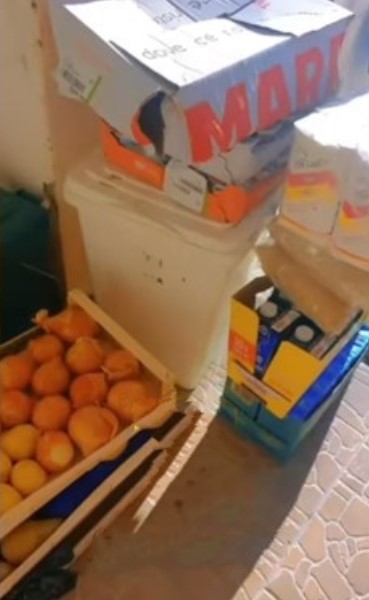 The young lady who was filled with excitement over the gifts, took to her page to reveal that she received potatoes, banana, onions, yoghurt, fruit juice, milk, peer, lemons amongst several assortments of items.