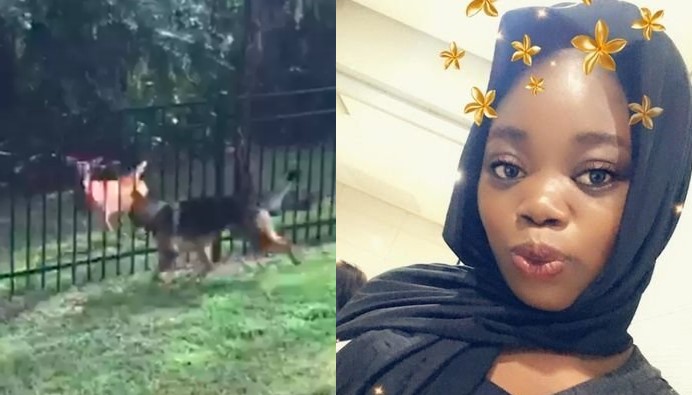 A Nigerian woman narrates an unpleasant encounter with a man she turned down despite the fact that his father had allowed her to fetch water in their compound.

The young woman known on Twitter as @Ozikroh said she used to fetch water every Friday at the home of a wealthy man whose son was in school.

When the boy returned home, he kept making advances at her but whe she got fed up, she decide to turn him down because, according to her, the guy was arrogant.

She said the rich man’s son stopped wooing her since she rejecte him but on one fateful Friday when she visited their house to fetch water, the boy released their German Shepherds the moment she entered the gate.

@Ozikroh revealed that the dogs engaged her in a hot pursuit and she ran for her dear life.

She called out the boy known as Teslim and disclosed that the incident happene eight years ago.

She tweeted; ”Men can be so petty sha. There’s this rich Alhaji that we used to fetch free water in his house every Friday. His son came back from school and kept asking me out. He was kinda arrogant, so I said no. Man stopped asking me out and one Friday I went to fetch water.