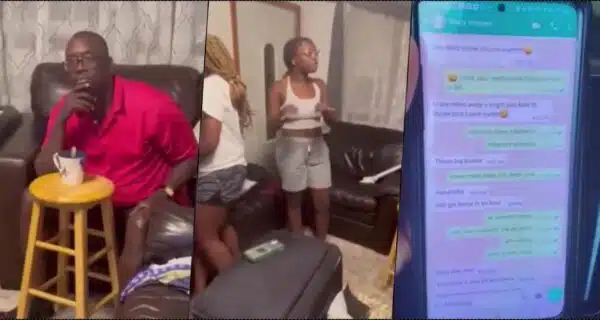 A married man has been left feeling cornered after he was confronted by his children for cheating. A video which has gone viral on social media captures the dad looking baffled at what they had discovered and the tight spot he’s in as his kids display his proof of infidelity on a big TV.

One of the man’s children accused him of being unfaithful on many occasions, despite repeatedly ignoring it. Among the others, a sad daughter started crying and vowed to beat up and send the father packing.

Check out netizens reactions below;

_queenchel wrote: “The man is wrong no doubt .. but filming this and posting it online is just pure disrespect and disregard”

patriciaofre_ wrote: “The beauty of having daughters. That man will never be at peace.”

smashing__ wrote: “smashing It’s not wrong in my eye cuz they are helping thier mum out these men are something else tueh” 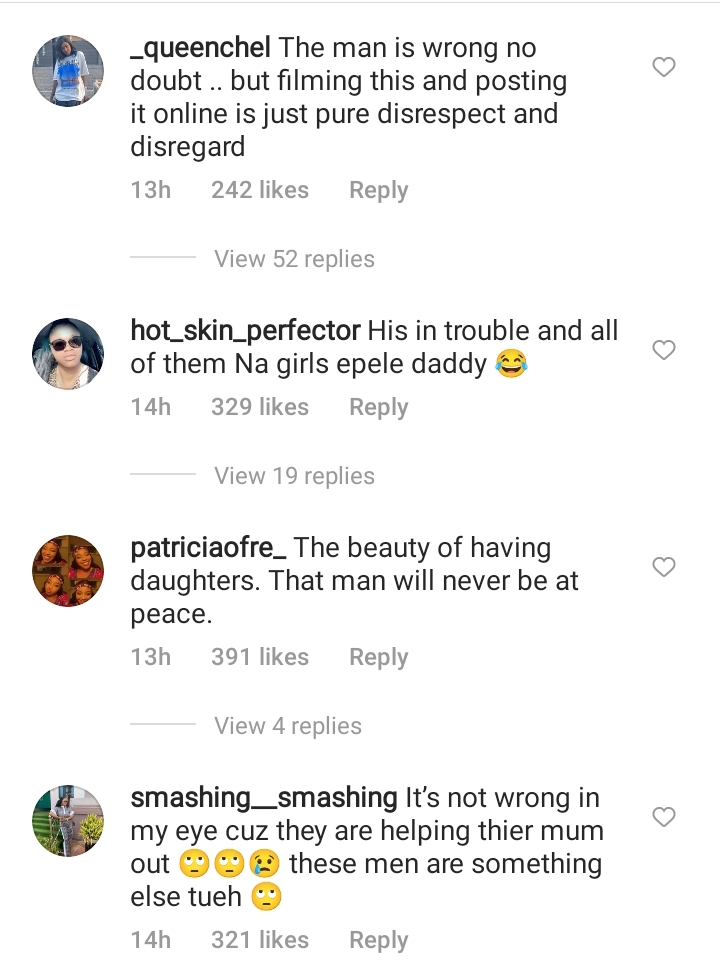 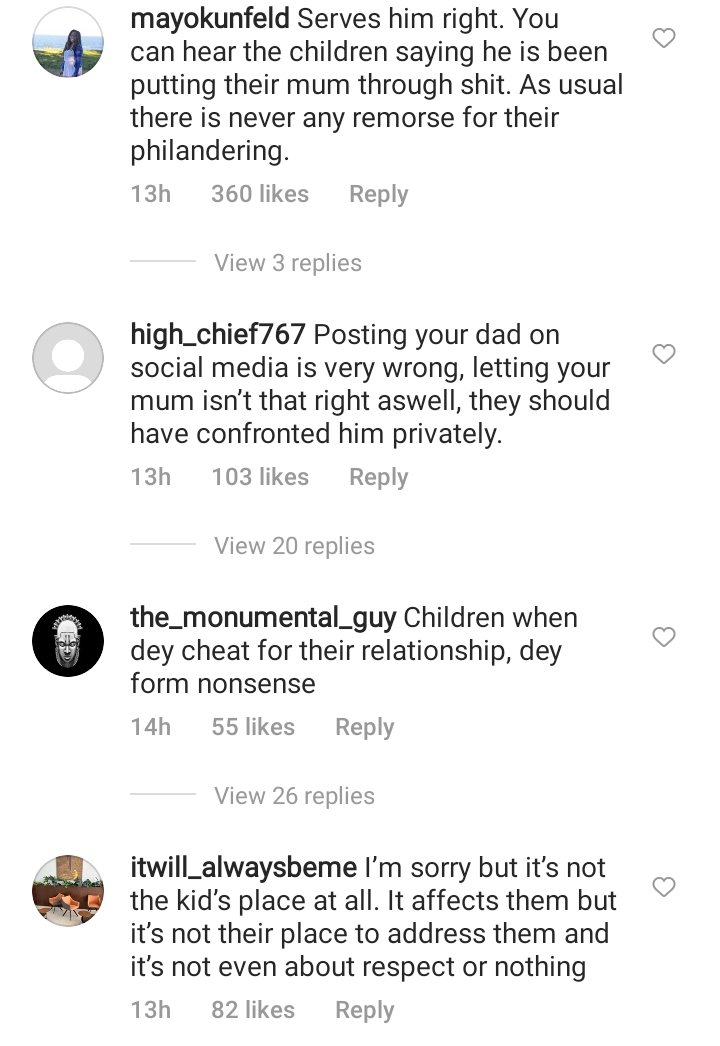 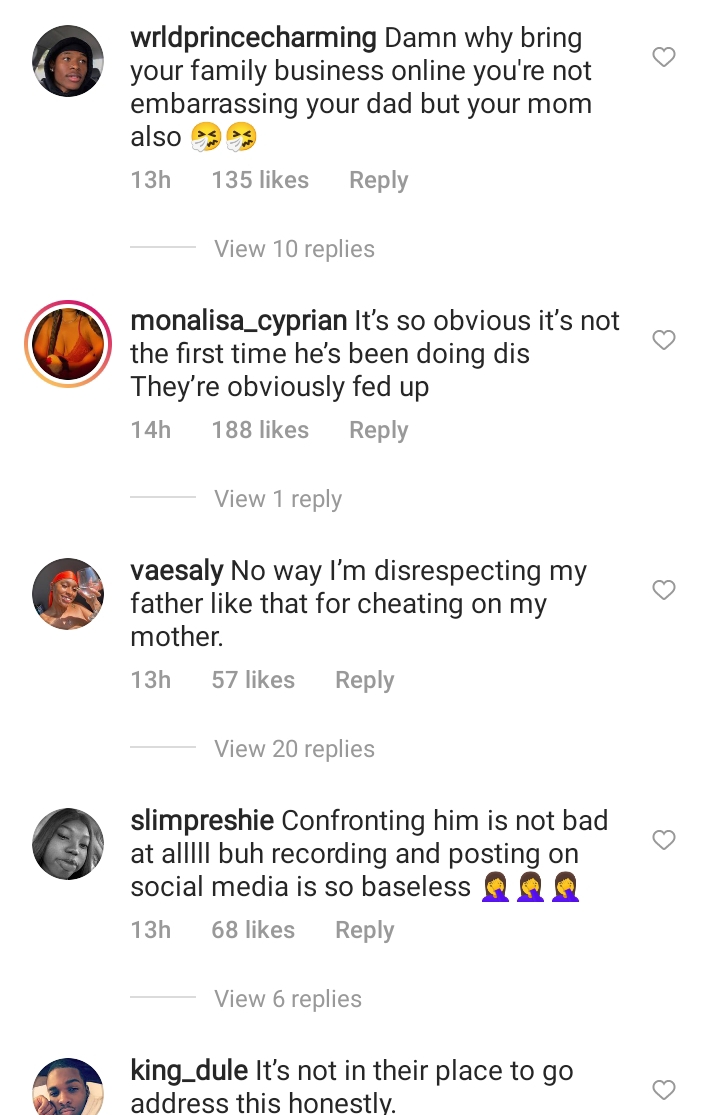