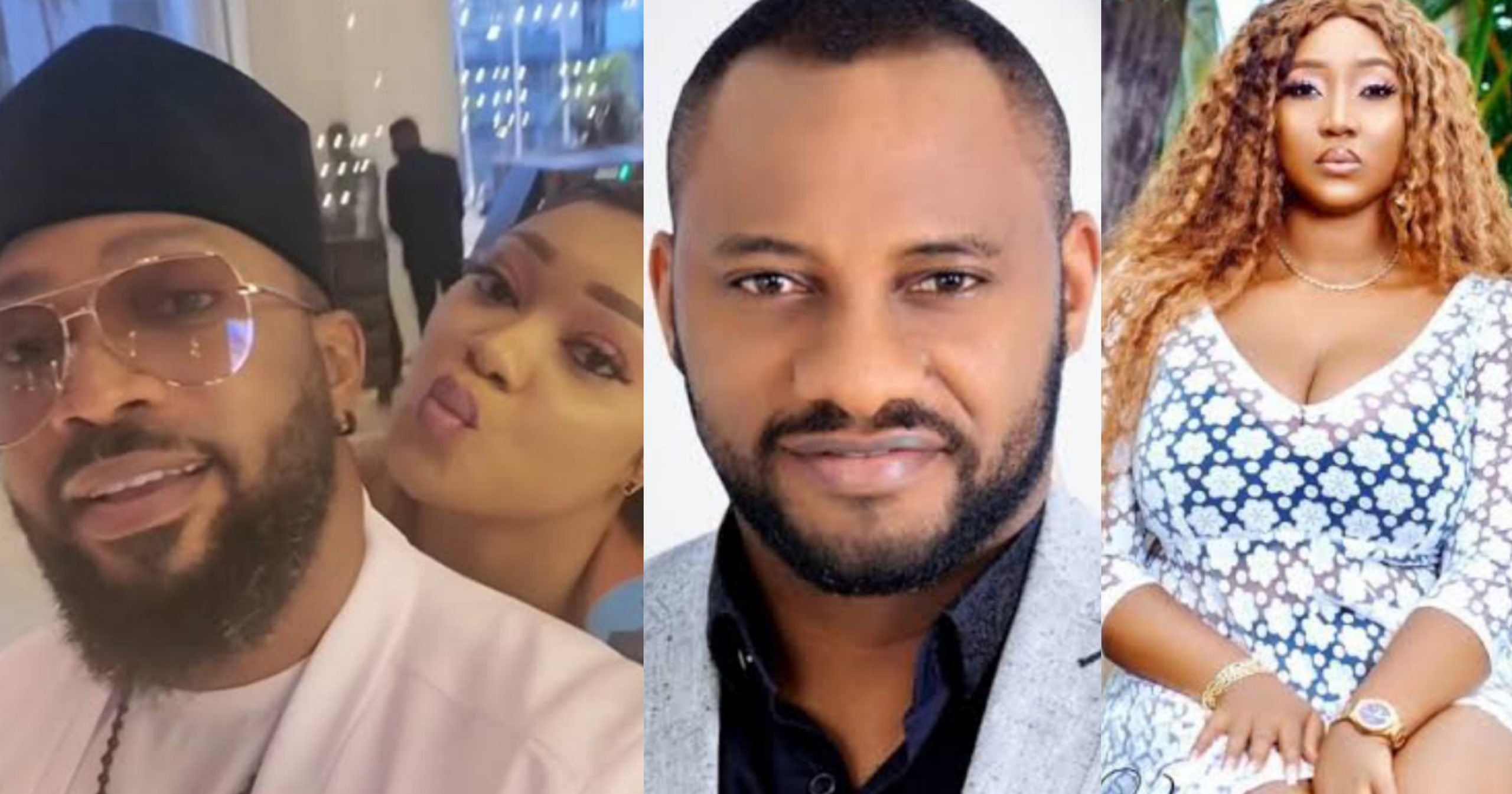 Nollywood actress, Peggy Ovire, has slammed a fan who likened her relationship with Freddie Leonard to Yul Edochie’s marriage.

Peggy had posted a promotional image for a new movie by her man, Fredrick Leonard. He was spotted with his colleague Mary Igwe seated on his lap while he clung to her.

The fan expressed worry by the closeness of the duo in the image and requested for reassurance from her that their relationship will not end of like the triangle between Yul Edochie, May and Judy.

“Eh! Peggy, observers are worried. I hope this movie will not end like Judy and jul ooo.”

“If you ever comment this nonsense on my page again, I’ll block you.”