“How a witch called me at 2A.M” – Toke Makinwa opens up on scary encounter (Video) 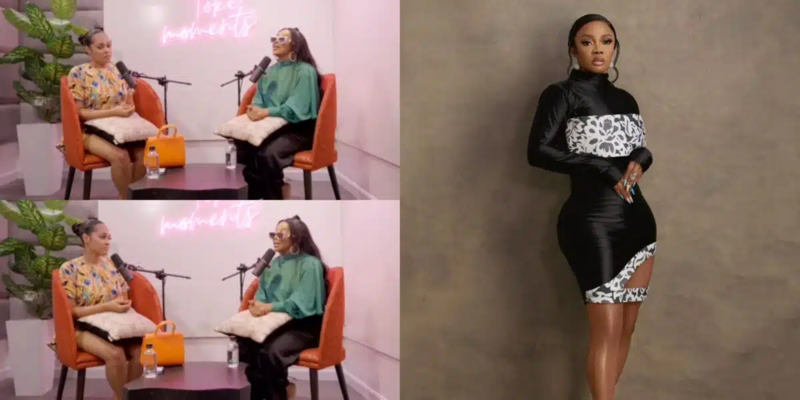 Toke Makinwa, a media personality and actress, has sparked interest on the internet with her true life story about her encounter with a witch.

During an episode of her podcast, Toke Moments with Tania Omotayo, she revealed that she received two phone calls from a witch.

According to her, an old woman who identified herself as a witch informed her that many people were bringing her names to her.

Toke went on to say that the witch called her back at an odd hour after she had missed her call.

“True story, someone tried me but they forgot I am ‘Iya Ijo’ in church.
An old woman from Ile Ife called me and said she is a witch.

She told me to call her back but u didn’t and she called me back at 2A.M.

She told me that people were bringing my names to her”.

Emotional moment Dj Cuppy gets engaged by her white boyfriend