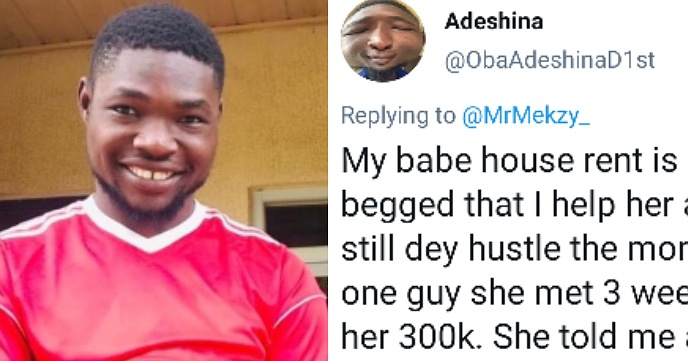 A young Nigerian man has expressed his happiness after another man paid his girlfriend’s N250,000 house rent.

Sharing the story via Twitter, he revealed how he was struggling to raise N50k for the girl when a man suddenly showed up and cleared the bills.

After his girlfriend opened up to him about him, he got so happy and thanked God for the miracle.

“My babe house rent is 250k, she begged that I help her add 50k, I still dey hustle the money when one guy she met 3 weeks ago sent her 300k. She told me about it and all I did was scratch my head and say God is a miraculous God.” 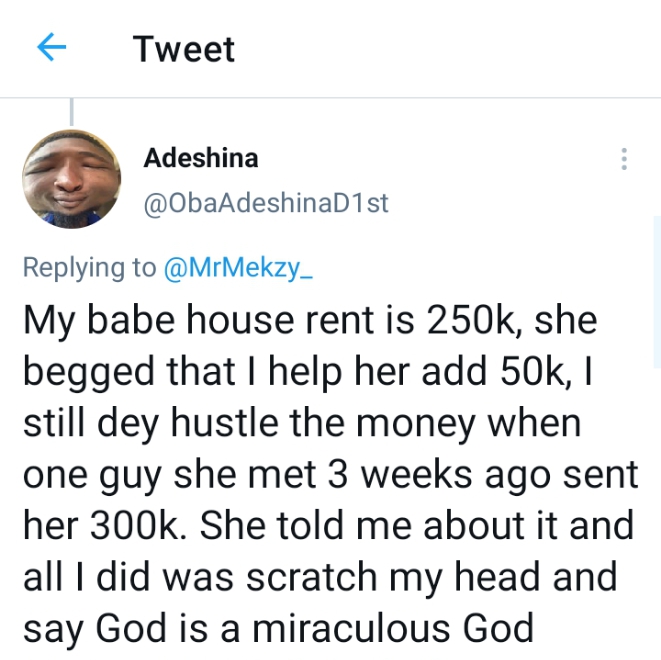