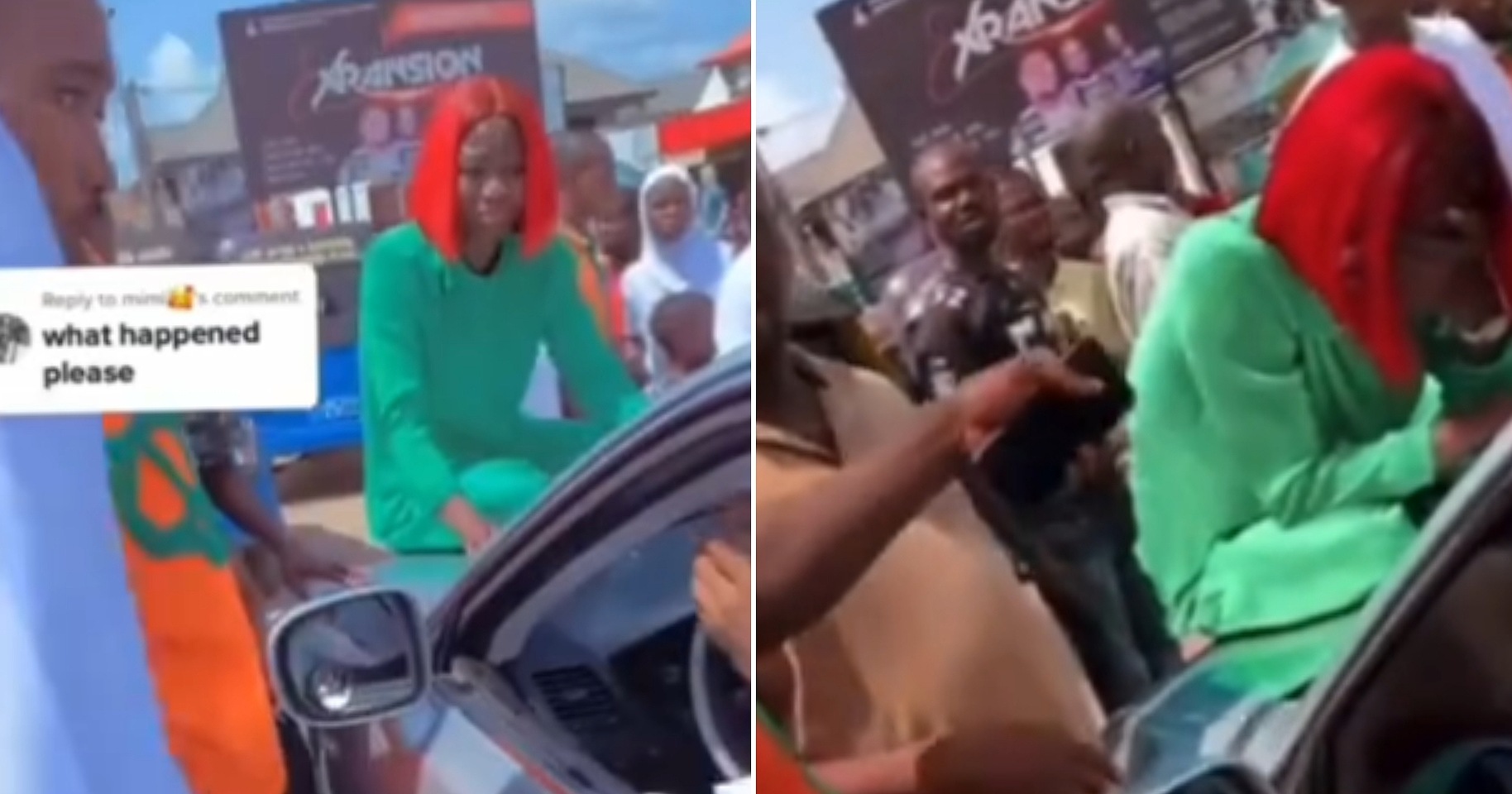 A heartbroken mother sat on the bonnet of her husband’s car in a bid to stop him from fleeing with their children after dumping her.

The scene attracted a lot of attention as many tried to interfere with the ongoing fight. Her husband who remained seated in the car, accused her of getting in front of the car in motion to injure herself and play the victim’s card.

Netizens reckoned with the woman for fighting for her children while others outrightly said the man has no right to take her children from her.

Janezelle said, “So I go carry pikin for 9 months, with all the homeowner eruptions come out my body changing, stretch marks everywhere, then I will not literally go through early to push the baby out in the labour room, then one Olorib*ruku will now say he wants to take my baby away. Heaven and earth will fall down that day before it happens.”

Rummyfav wrote, “You want to run away with my kids and you say I’m creating a scene? Uncle I’ll jump on that bonnet naked and swear for you on top! Do you even know where he’s taking them to? Hell has no fury to be compared to the wrath of a mama bear. Get your kids sis!”