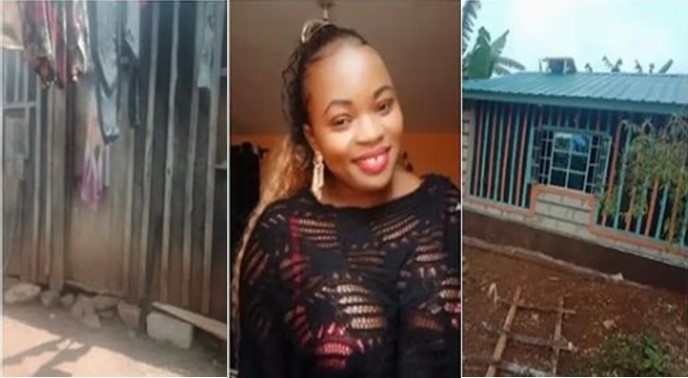 Mary Nkatha, a Kenyan woman, stopped paying church tithes and instead built a home for her neighbour who is a widow.

She narrated how she was able to help her widowed neighbor, who was living in a dilapidated structure, by building a new home for them.

Nkatha claims that she obtained a lucrative business offer last year and decided to save the money rather than give tithes or offerings to her church.

In a chat with Tuko, the lady said she stopped giving offerings and tithes in church and decided to use the money she would have been donating to church to build a house for her neighbour who has been struggling since the death of her husband.

“After I thought about how pastors are taking advantage of other Kenyans in the name of tithe, I stopped giving in church and instead saved all that money so that I could build a house for my struggling neighbour,” she said.

Nkatha said when she first conceived the idea, she approached the widow who was living in a shanty and informed the woman of her intention to build her a better accommodation and she gladly accepted.

The house has been completed and her neighbour is now living comfortably. Nkatha said that though she stopped giving tithes and offerings, she still goes to church.