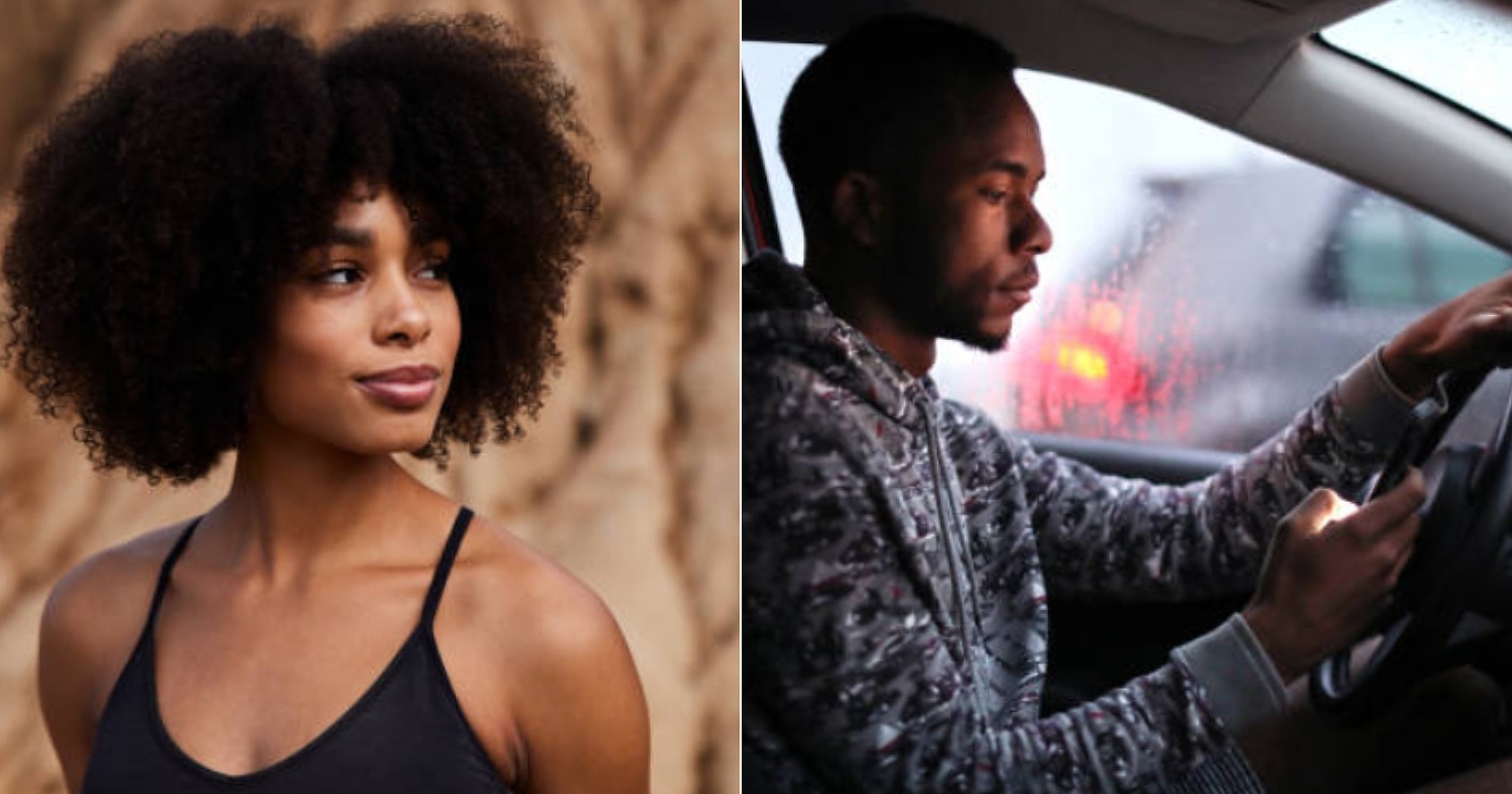 According to Gbemie, the Uber driver took her out, footed the food bill of N34,000 but gave her ‘only’ N5k for transport fare.

“So last week the Uber driver I took to lekki, asked if he could get my number which I did since I know he can get it easily via my Uber profile. We chatted for a week and he asked us to go for a date, after eating and all I think the bill was 34k which he paid.

So when it was time for me to leave can you believe this broke guy gave me 5k for transportation fare. Some guys needs to do better honestly cuz wtf am I suppose to do with 5k 🙄🙄.”

This aroused different reactions on Twitter as many outrightly said she was chasing clout.

Morgan said, “Another episode of THINGS THAT NEVER HAPPENED. This person is just looking for cheap clout and y’all giving it to her”

Li Light wrote, “Firstly 34k lmao Wetin una chop lol you that the Uber driver is not even close to you , you open belle chop worth 34k ?????? Awww sweet just take his life along .cloutina” 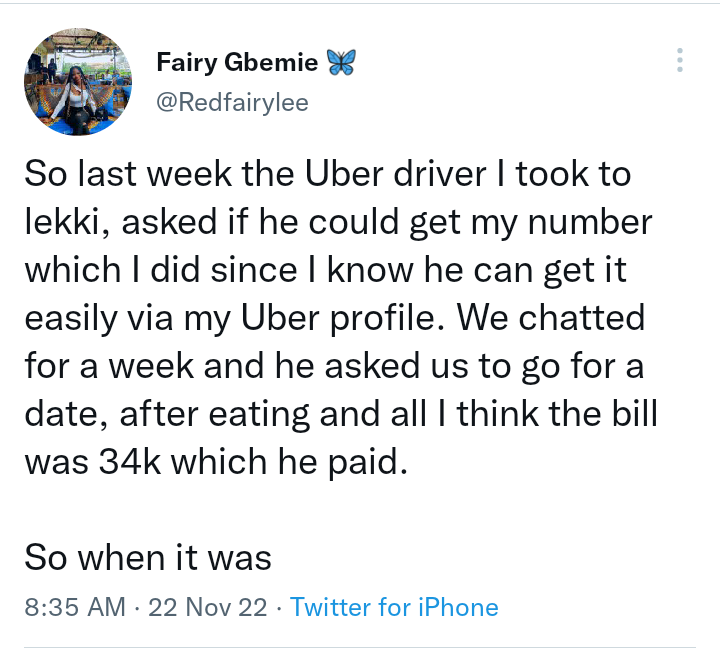