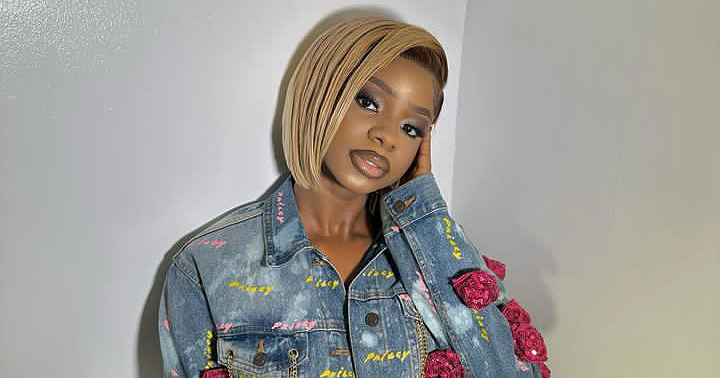 Pricillia Ojo, daughter of Nollywood actress, Iyabo Ojo has taken to her Insta story to expose the identity of a troll in her comments.

The troll had called her ugly in the comments but unknown to netizens, he was also worshipping her in her DM.

“I have had two abortions” – BBNaija’s Phyna admits in…

I hope what happened to me never happens to you – Davido…

The young man whose handle is b_tunmise__ had said to her in the comments : “You looking ugly 🥴.”

However, from the screenshot shared, the message he sent to her was completely different from his comment as it read:

“Good morning to my amiable Superstar.” 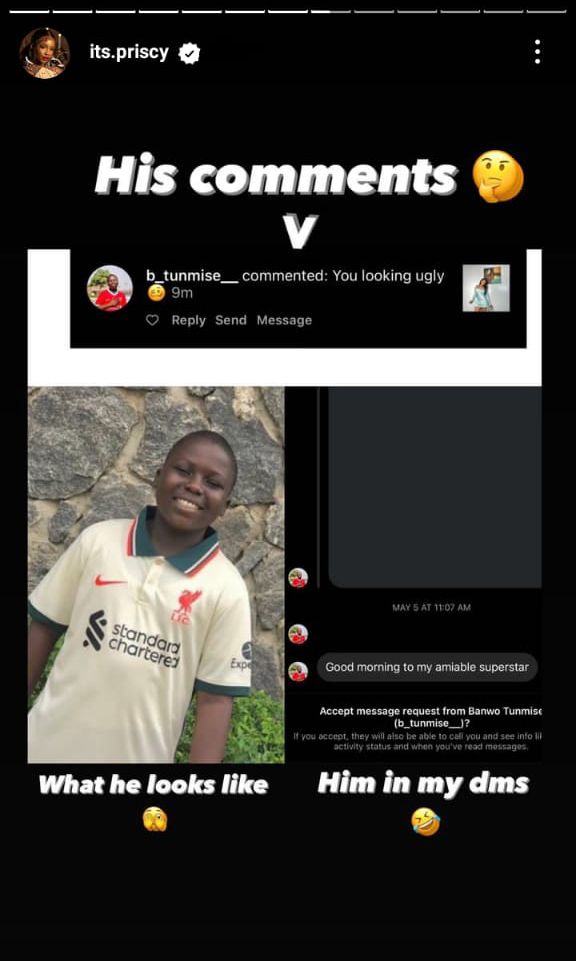