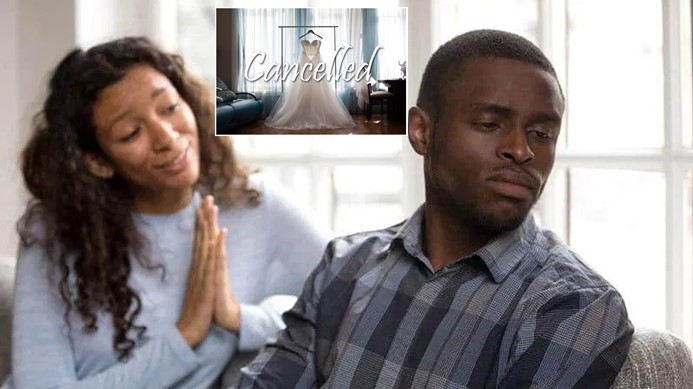 A Nigerian man allegedly called off his wedding one month before the big day after discovering that his fiancée had visited her ex-boyfriend.

The wedding was supposed to take place in December, but after learning what his wife-to-be did after they got engaged, he decided to dump her.

According to a Twitter user who shared the story, the lady stated that her visit to her ex was only friendly.

Drama as lady collapses on the road after being dumped by…

The post reads; ”My Friends wedding that was supposed to take place by december was called off today, her Fiancé discovered she visited her ex boyfriend after their engagement,she said it was just a friendly visitation.” 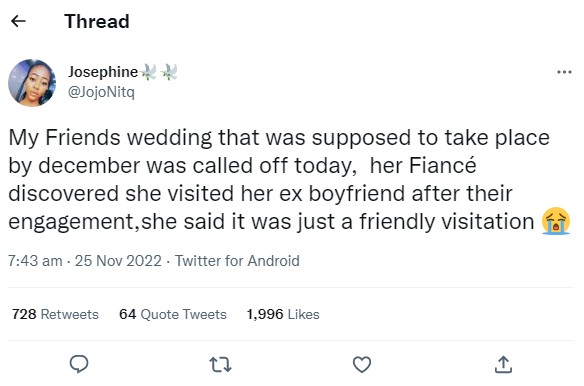 In other news, A customer brought a kolo box filled with money to the bank to deposit after saving it for a while, but the money was found to be rotting.

In a video that has gone viral online, bank employees and other clients watched as the rotting currency was dumped onto a desk.

They were all shocked to discover there were no good naira notes inside the box after it was shattered in the banking hall.