Man sells properties to travel with wife only for her to reach UK, file for divorce with his money still in her account 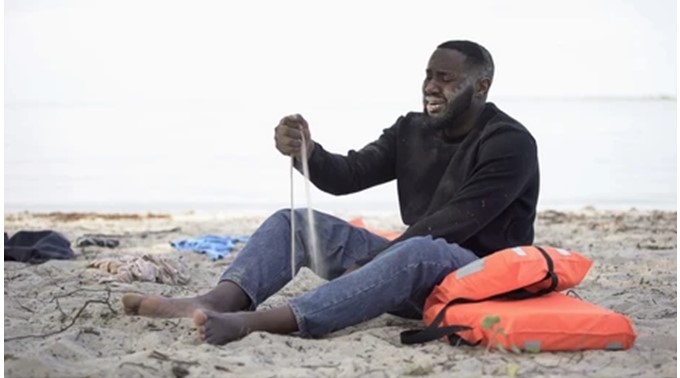 A Nigerian woman who goes by the Twitter handle @Onah_Debbie told the story of how her friend’s brother wed a swindler.

She stated that the couple wed at the beginning of the year and that they then planned their international trip.

The man sold most of his properties so that he can fund their relocation, but he kept the money in her account.

Nigerian man finds out fiancée he took to UK has been…

They agreed that the wife would travel to the United Kingdom first and the husband would join her later.

Sadly when she reached the UK, the woman who apparently had other plans, filed for a divorce from her hubby.

The man was confused about she did, so he reported to his wife’s mother but she supported her daughter and said that she would not have approved of their union if she knew he was a mechanic.

Onah_Debbie wrote; ”It’s really unfair.. a lady who got married to my friends brother early this year, don’t know what their agreement was (Husband & wife) but after the wedding, he sold most of his property so he & he wife could relocate to the UK, the whole money that was realized was kept in the Wife’s account, & they agreed she travelled First & the husband will join her later.

Madam got there & filed for divorce, not getting the point, husband called mother in-law & all she had to say was ” if I knew u were a mechanic I wouldn’t allow my daughter marry u..!” 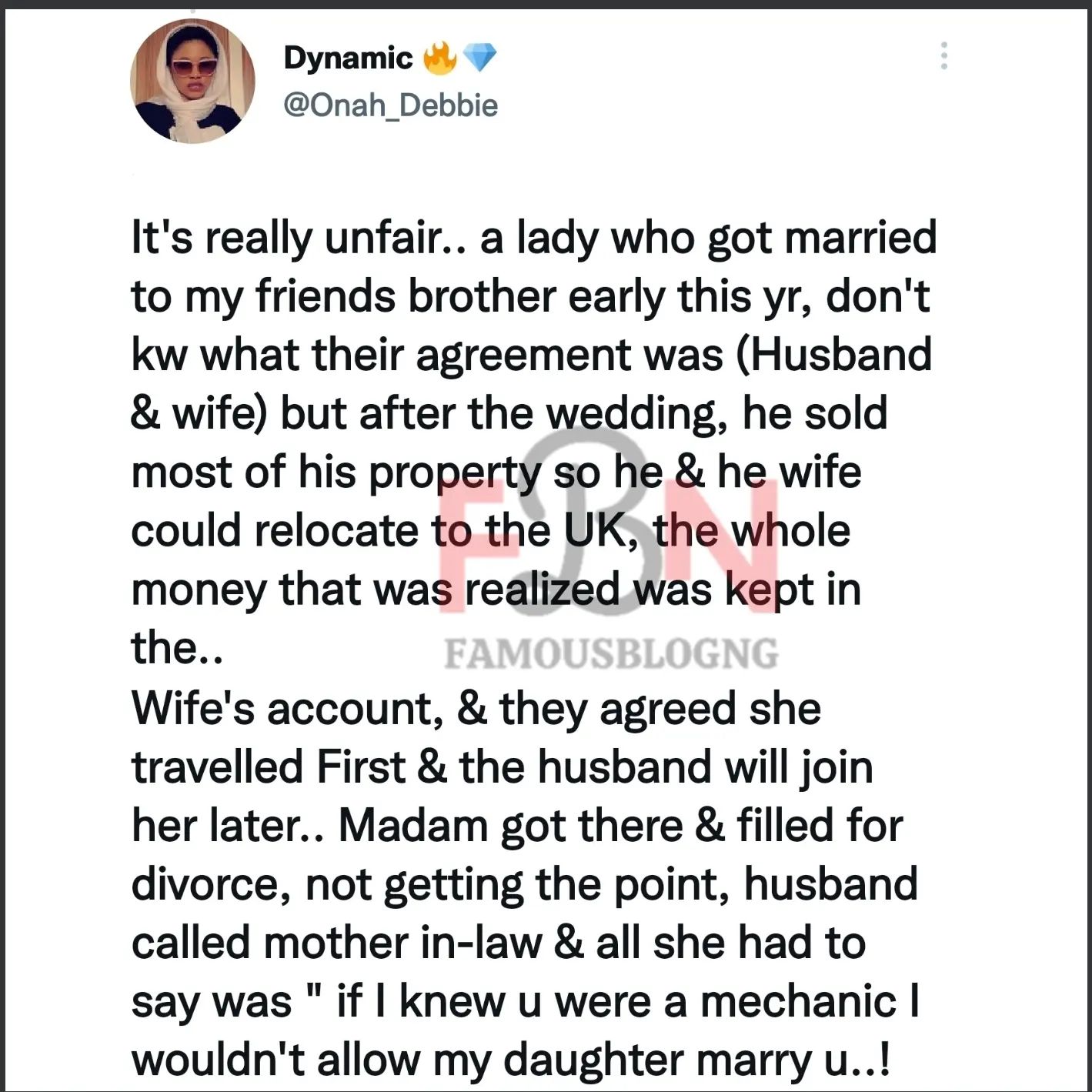 Zicsaloma gifts self new house as he celebrates birthday