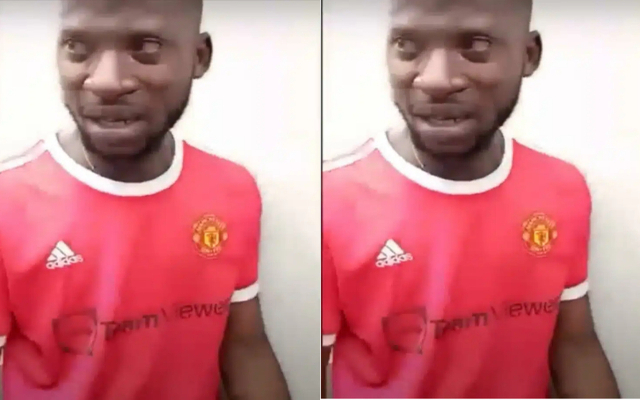 A frustrated Manchester United fan sobs in the public after allegedly getting dumped by his girlfriend.

The man broke down in tears as he was being consoled by a group of women, as seen in a viral social media video.

The individual wearing the jersey of the popular football team wept as he was reminded of how he would find a better girlfriend.

Man expresses regret as girlfriend who stopped him from…

Despite the encouragement about what the future holds for him with a better half, the man cried his eyes out without altering a word.

In other news; A Nigerian man has taken to Twitter to reveal that his housemaid had quit her job and is set to jet off to Egypt for a new job which remains a mystery to him.

Yomi Kazeem, the employer, claimed that despite their efforts to shield her from the possibility of being trafficked, she persisted in leaving because her pastor had persuaded her that it was a blessing from God.

My parents rejected my child’s father – Single mother cries out