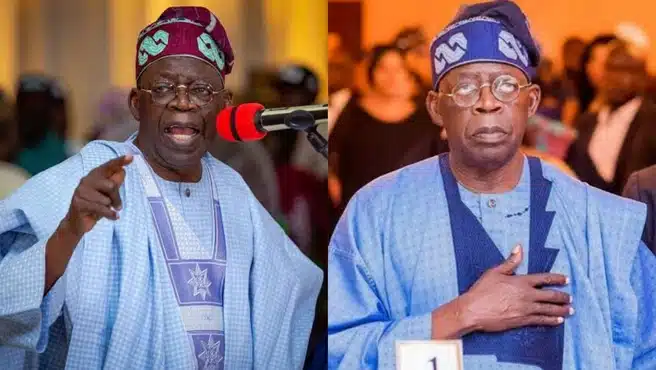 Asiwaju Bola Tinubu, the Presidential candidate of the All Progressives Congress, (APC), made a verbal slip-up while speaking at the flag-off of his campaign in Plateau state.

He caused a stir on social media after he almost said ‘God Bless PDP’ as he was addressing supporters at the Rawang Pam Township Stadium in Jos. 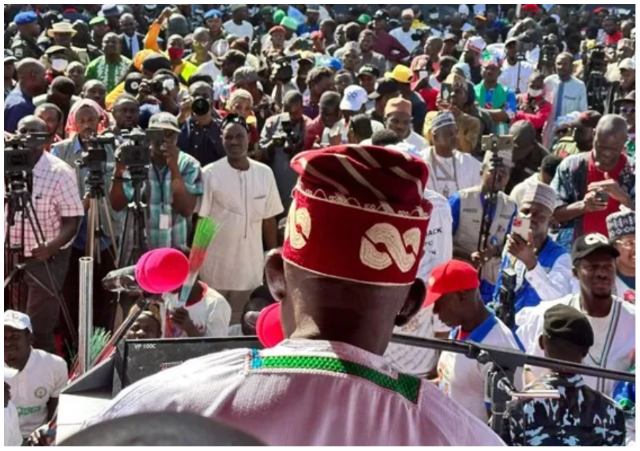 Tinubu, who wanted to say ‘God bless APC’ committed a blunder as he ended up saying ‘God bless PD APC’ before correcting himself quickly.

This immediately drew silence from the many spectators who momentarily stopped chanting.