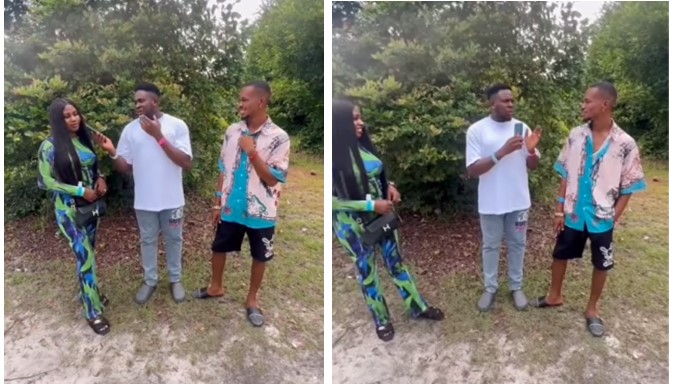 A young lady and her boyfriend were both subject of a content created by a Tiktoker and the incidents which followed were captivating. 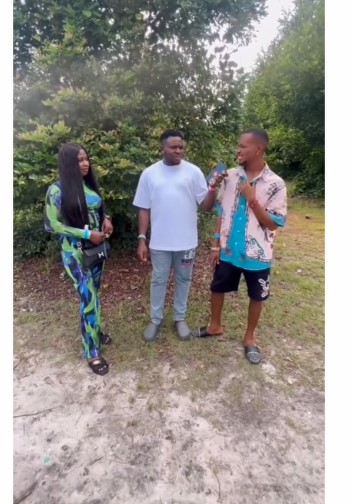 They both were asked how much they had in their account. The boyfriend boldly revealed his to be about 270,000 while the girl, who initially wanted to take off when the question was asked, revealed hers to be about 700,000 thousand.

The TikToker identified as @okaswiss_, then asked the lady if she would be willing to send her boyfriend 5,000 naira, and she agreed.

She pulled out her phone to start a transfer, but after giving it a quick glance, she said that the phone generally used for transfers had gone dead.

The interviewer then indicated a power bank she might use to charge the phone, but she also stated that it was not working.