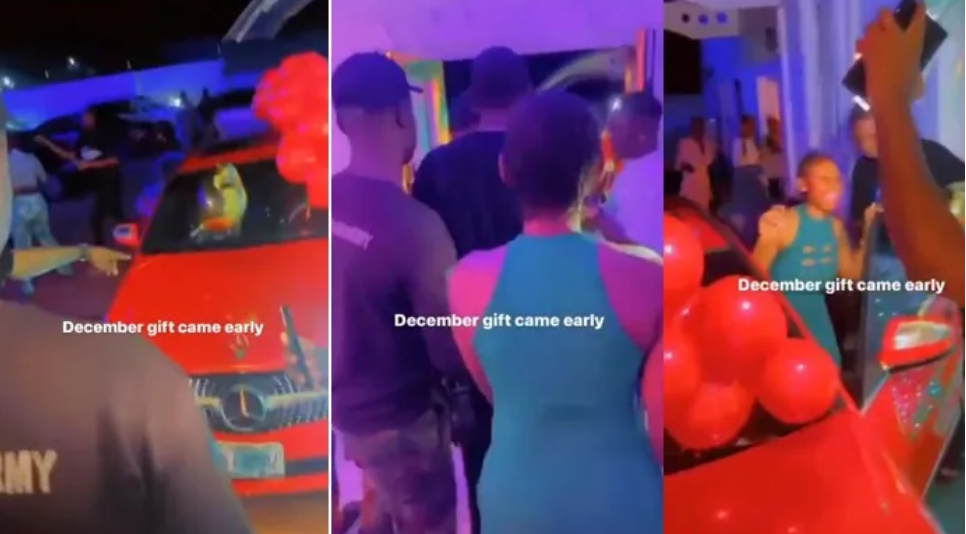 A Nigerian man has gone above and beyond to make his girlfriend’s Christmas a December to remember.

He bought a Mercedes Benz for her and organized a surprise unveiling with their close friends in attendance.

A video making the rounds online shows when the boyfriend led the girl from inside the house to the car park where Benz was waiting for her.

How my girlfriend’s mom confessed about daughter’s affair…

She covered her mouth in disbelief after realizing that he got her such an expensive gift for Christmas.

Friends could be seen gushing and hailing the couple as the girl hopped in the tear leather seat to officially launch the whip.

The video was shared with the caption; ”December gift came early”.