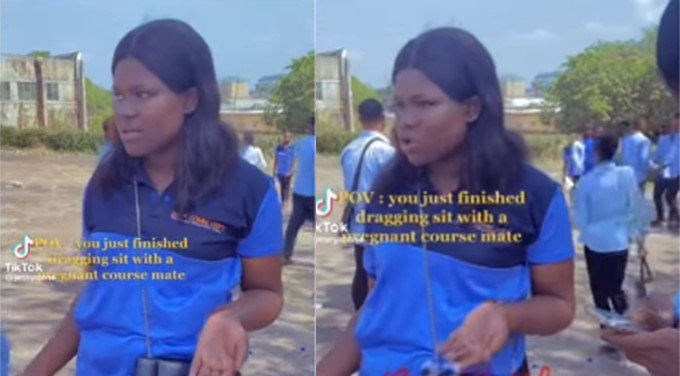 An argument over seat space between a pregnant fellow student and a Nigerian student was caught on camera as the student defended herself. 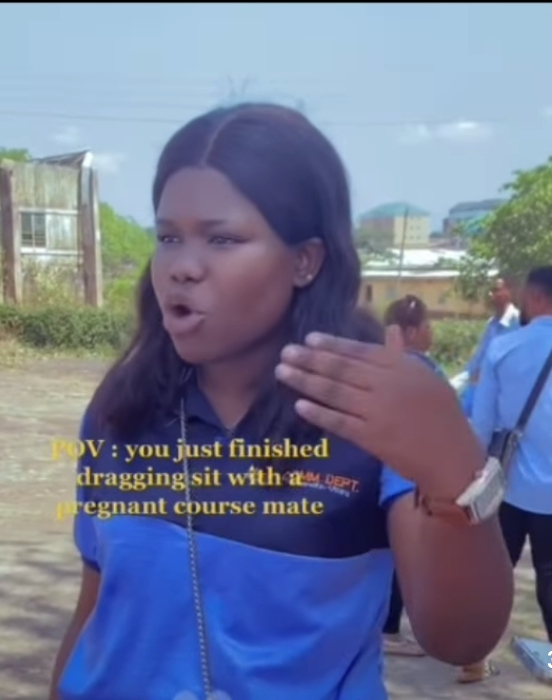 The two ladies had apparently had an argument in class and after the teaching was over, the student who is not pregnant decided to revisit the fight.

The student contended that simply because her classmate was pregnant, she was not required to give up her seat.

She advised the woman to meet her husband, who caused her to become pregnant, if she wanted a special seat.

She continued to argue why she believed she did nothing wrong by battling for a seat with a pregnant woman in a video that has since gone viral online.

The student continued to speak while unaware that she was being videotaped, and when she did, she felt ashamed.